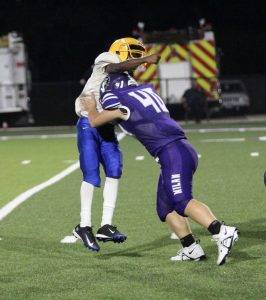 Six wins by the six Gibson County area teams on Friday night was big for the county. Now we get back to those inner-county rivalries in Week 3.

There is no bigger game in West Tennessee than South Gibson hosting Milan.

After Week 2, Michael Odom now has a four-game lead by picking Humboldt over Bruceton and Lake County over Obion County. He went 13-2, while Parkins went 11-4.

RANKINGS: Hardin County jumps to No. 3 in West Tennessee football rankings after Week 2

So here is what is happening in Week 3 in Gibson County and across West Tennessee:

This is a rivalry game that could go either way. Both teams blew out Memphis teams in Week 2 and are unbeaten on the season. Milan will have the speed advantage, but South Gibson will be a little more physical.

It is hard to say that the Region 7-1A champion will be decided in Week 3, but these two are expected to be the top two teams in the region and they play in Week 3.

Humboldt’s defense shutout Bruceton in Week 2, but the War Eagles have scored 83 points in the first two weeks.

The defending Class 2A state champions are looking for their first win of the season. Gibson County picked up its first win, something that didn’t happen last year until Week 9.

Hardin County at South Side

North Side at Obion County