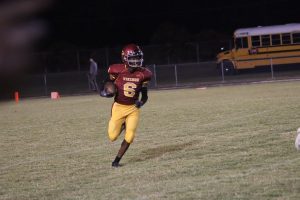 Humboldt’s Jaboris Walker (6) runs up the field against Greenfield during a Week 7 high school football gam at Humboldt.

FOOTBALL ENROLLMENTS: Breaking down the new enrollment numbers in football for West TN

So here is what is happening in Week 8 in Gibson County and across West Tennessee:

Only one game is happening in Gibson County this week, and it is a chance for the Vikings to get some momentum going before three tough games to finish the season. JCM is in its first year back to playing varsity football.