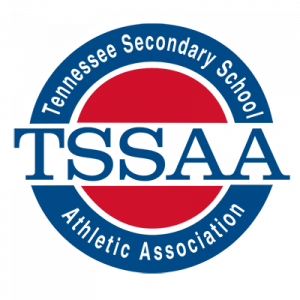 The enrollment numbers for high schools across the state have been turned into the TSSAA, and over the next couple of months the TSSAA will divide those schools into classes and then into regions and districts.

So what does that mean for schools in West Tennessee?

I have 296 Division I schools that play football, so TSSAA will divide that by six. So there will be 49 schools in each of the six classes, and then there will be two classes with 50 schools.

Here are the schools that would fall in Class 1A:

The biggest change in 1A is that Union City dropped down from 2A, while Peabody is no longer a 1A school.

The regions shouldn’t change much as Union City would replace Peabody in Region 7-1A, and Middleton would stay in Region 8-1A with five teams from Memphis.

Here are the schools that would fall in Class 2A:

So Peabody moved up from 1A, JCM will play a region schedule and Milan moved down from 4A (even though they were classified 3A two years ago). Westview and Scotts Hill would move up a class to 3A.

Another number to keep an eye on is Memphis went from nine teams in 2A to 11 teams in 2A, so TSSAA might be forced to give Memphis two regions instead of one. That means West Tennessee teams wouldn’t play Memphis until the state semifinals.

If I had to pick, I would think TSSAA puts Gibson County, Huntingdon, JCM, Milan and Peabody in Region 6-2A, and maybe even include Camden for a six-team region. That would leave Adamsville and Riverside going east with some teams near the river (Like it is currently) to make up 5-2A.

One big question mark is where Liberty will fall. I have Liberty as the 99th football school based on size. So if there are 49 teams in each class — the bottom 49 would be 1A, 50-98 would be 2A. Liberty would be the smallest 3A school, but we have that one class with 50 teams, and I don’t know which it would be.

So the 3A teams I have are:

So new to this class is Westview and Scotts Hill moving up from 2A, while Liberty and McNairy Central move down from 4A.

There are six Memphis schools in 3A, so they would fit in one region.

But TSSAA can’t put the remaining eight in one region. So they could move Covington into the Memphis region or push Scotts Hill into a more eastern region.

So the biggest changes are Liberty, McNairy Central and Milan moved down, while Dyer County entered 4A after being 5A this cycle.

There are only four 4A teams in Memphis, so Fayette-Ware will probably be grouped with those four to make a region.

From this year’s regions, five teams remain in 7-4A and four teams remain from 6-4A. I could see TSSAA putting Dyer County in 7-4A and moving North Side from 7-4A to 6-4A to be with fellow Jackson school South Side.

So what are the next steps from TSSAA? The organization will soon release its classifications, and then there will be a short waiting period for teams to decide if they want to play up a class like Milan did last year, going from 3A to 4A.