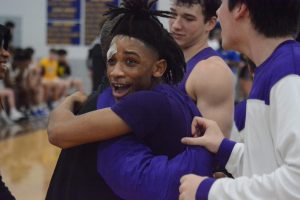 Last week, we looked at the top 15 most memorable games from the past school year. Now, we will look at the top 15 coaching jobs by coaches in the Gibson County area.

1. Jason James (Milan boys basketball): After the program went 6-15 last season, James in his first year took the Bulldogs to the Class 2A state championship game. Milan went 25-8 as it won the District 12-2A and Region 6-2A championships in winning 18 straight games before losing to East Nashville in the state title game.
2. Teddy Pettigrew (Humboldt football): In 2020, the Vikings went 5-5 and missed out on the playoffs. But Pettigrew came in and helped the program not only get into the Class 1A playoffs, Humboldt knocked off undefeated Middle College in the first round. The Vikings finished 4-7.
3. Michael Hart (Peabody girls basketball): While the Lady Tide went to the Class A state quarterfinals in 2021, they graduated all five starters with little experience coming back. Peabody started the season 1-12 but followed that with 15 straight wins to get back to the Region 7-1A semifinals.
4. Phillip Tyler (Bradford baseball): The accomplishments for the Red Devils were numerous this season. Tyler led them to the first district title since 1995 and made the region tournament for the first time since 2006. But Bradford didn’t stop there as it played in sectionals for the second time in program history and reached the state tournament for the first time. The Red Devils went 2-2 to finished in the top four in Class 1A.
5. Clayton Morris (West Carroll football): After taking over last summer, Morris led the War Eagles to wins in each of the first five games of the season. West Carroll ended the regular season 7-3 and in third place in Region 7-1A. The War Eagles advanced to the second round of the playoffs with a victory over Booker T. Washington.
6. Justin Lowery (Gibson County boys basketball): When the season started, few thought that Milan and Gibson County would play for the Region 6-2A crown. But after finishing fourth in District 12-2A, the Pioneers reached the title game and earned a berth into the Class 2A sectionals. Gibson County finished the season 14-15.
7. Ethan Ellis (South Gibson girls soccer): For the fourth straight season, the Lady Hornets earned a spot in the Class AA state tournament. South Gibson won its sixth straight District 14-AA title and won the region title on the way to earning a spot in the state quarterfinals. South Gibson ended the season with a 16-2-3 record after losing to East Hamilton in penalty kicks.
8. Dale Martin (South Gibson boys golf): For the first time in program history, the Hornets finished as the Class A state runner-up. South Gibson shot a 636 (317-319) to finish behind Kingston (619) at the state tournament. Senior Renato Gerena finished fourth as a individual.
9. Lin Cates (South Gibson baseball): For the first time in program history, the Hornets reached the Class 3A state tournament. They won the fourth straight district championship, and even though they slipped up in the region championship, they won a sectional game at Greenbrier to advance to the state tournament. The Hornets went 29-13 and finished in the top four of Class 3A.
10. Catie Embrey (South Gibson girls basketball): Embrey worked to take the Lady Hornet program to the next level in her first season. South Gibson finished runner-up in District 12-3A and reached the region semifinals before losing. South Gibson had no seniors on the team as it went 23-8.
11. Jake Ramsey (Peabody baseball): For the third time in program history, the Ramsey led the Golden Tide to a top-four finish in the Class 1A state tournament. Peabody won the District 14-1A and Region 7-1A championships to qualify for the state tournament. The Golden Tide finished the season with a 23-13 record.
12. Scott Stidham (South Gibson football): In his last season with the Hornets, Stidham led the team to a finish in the Class 4A quarterfinals. The schedule was tough with teams like Haywood, Henry County, Lausanne and Lexington, but South Gibson went 9-4.
13. Mitch Wilkins (Gibson County girls basketball): With the new classification, the Lady Pioneers were put in a district with Westview and the likes of Loretto and Summertown awaited in sectionals. Wilkins led Gibson County back to the Class 2A quarterfinals after finishing runner-up in District 12-2A and Region 6-2A.
14. Ethan Ellis (South Gibson boys soccer): In his first in charge of the boys program, Ellis led the Hornets to a second consecutive trip to the Class AA state quarterfinals. South Gibson lost to the eventual state champions. The team won the District 14-AA title and was runner-up in Region 7-AA to finish 15-4.
15. John Glisson (Bradford boys basketball): For the first time since 1990, the Red Devils won a district championship. Bradford went on to play in the region semifinals before losing to Peabody. The Red Devils finished the season with an 18-11 record.