Some highlights of the November 20 Rutherford City Council meeting were TML events insurance, purchase of police cars, and hiring of a part time police officer.

Special guest speaker was Paul Chambliss of Tennessee Municipal League (TML) Loss Control and manager of TML in Jackson. He presented a brief overview of what TML will and will not cover. He fielded questions from the various municipalities concerning their special events i.e. White Squirrel, Davy Crockett Days, etc.

Special guests in the audience were Mayor Chris Younger of Dyer, Mayor Danny Jowers of Kenton and William Caton, a Dyer supervisor.

Rutherford Mayor Robert White said that anyone that rents any building under the city of Rutherford’s care must provide a minimum of $300,000 insurance. This is the figure that the home office out of Omaha, Neb. provided to the city. Any premium increase would have to come from the home office.

White said, “At present time, we need a dump trailer to go behind one of our trucks. This dump trailer will have a unit on it that will dump the limbs off. This will save [us from] running a backhoe all over town. Prices will be researched and put before the board at the next meeting.”

White said, “With Chief [Adam] Branch of the police department being off so much, it creates a problem with the scheduling. A lot of times Tim McGarrity cannot find anyone to work for him. At the present time, Branch needs to make up his mind if he wants to work here and be on time or maybe I should put him working on the mid-shift.

“Do I need to hire a certified police officer to work part time?” White continued. “I don’t have any problem with Branch working here; I do have a problem with his work ethics.”

Alderman Van Don Greer said, “By the end of this year, if it keeps going like it has been, the city will be in arrears on this overtime by about $40,000.”

White said, “If no action from the board, I will do what I have to do.”

The board voted to hire a part time police officer. They are hoping to get a retiree.

The police department reported that for the month of October, they had 185 calls for service. McGarrity will be paid for 32 hours of vacation time he has not taken. Vacation time at the end of the year cannot be carried over.

The city approved purchasing second handguns for officers that want them with the officers paying back the city in installments.

The Taylor Street sewer line is breaking up. Sinkholes are developing. White suggested they replace the entire line. Alderman Jeff Emerson made motion to have Gammon and Sons to replace the line at a cost of approximately $8,800.

Eddie Watkins said the hydraulic cylinder that operates the suction pipe on the leaf machine should be replaced. White advised Watkins not to purchase one because he has one.

All full time employees will receive a $150 Christmas bonus. 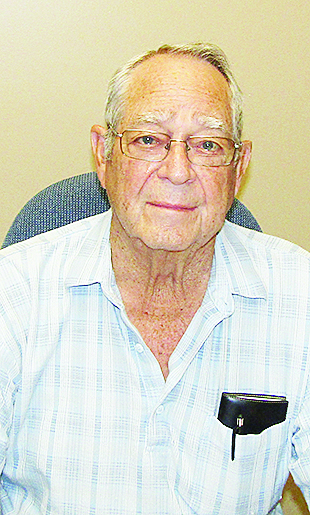 Posted in Tri-City Reporter - Your Right To Know