Thanks to a grant from the Tennessee Department of Economic and Community Development, Milan could soon see an uptick in visitors to the area.
In January, Governor Bill Haslam and ECD Commissioner Randy Boyd announced that 29 communities in the state would be receiving more than $1 million in grant funds to assist with tourism infrastructure assets. City leaders officially accepted a check for $50,000 last Thursday morning to aid in the construction of an RV campground, which is located near the Milan Saddle Club arena at the city park.
“We would like for Gibson County to be an RV destination,” said Chamber of Commerce Director Julie Allen Burke. “We did some research into why the RV demographic is important to our economy, and it is now a focus of the Gibson County Tourism Committee to add RV Parks across the county.”
According to Burke, the Gibson County Lake is the only other location in the county with RV hook-ups, but creating additional sites would encourage tourists to spend more time, and money, in Gibson County.
“We chose to target that demographic because RV campers have more disposable income to spend in our town,” said Burke. The preliminary research done by the Gibson County Tourism Committee indicated that RV ownership is at a record level in the country, with approximately 8.9 million households owning a recreational vehicle. Owners typically have an above-average income level and spend an average of three weeks each year traveling.
The RV Park is comprised of five parking spaces with hook-ups for water and electricity, with one dump station for waste. According to Milan Public Works Director Roger Smith, the sites should be ready for campers soon.
“We’re about 80 percent finished with the project,” Smith said. “We still have one water line to finish, and there is some work that needs to be done on the dump station, but we’re hoping to be done by the end of the week.” Smith said that signage for the RV Park has yet to be installed, but other amenities such as picnic tables, garbage cans and other final touches are ready for use. 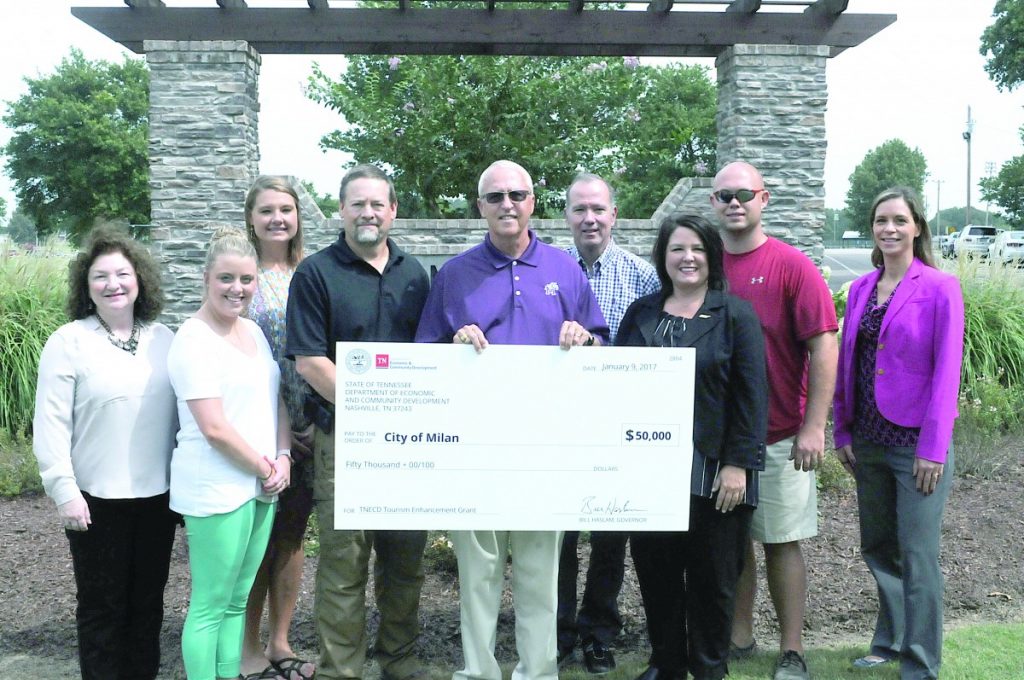