Sophie is only the second player in Lady Pioneer volleyball program history to sign a scholarship. Her sister, Savannah Allred was the first in 2021.

Sophie was a four-year starter and served as a captain for the 2022 volleyball season. She finished her senior season with 410 assists, 94 aces and 87 kills. Defensively, she had 93 digs, 9 blocks and 41 deflections. She was named to the 13-A All-District Team 2022, 13-A All-Tournament Team 2022 and All-Tournament Team 2021. She is a member of the 1,000 Assist Club and was named 2022 GCHS Volleyball team Queen of the Court and the Queen of Academics GPA Award for 10th, 11th and 12thgrade seasons.

Williams Baptist University Coach Michele Lawson said, “We are very excited to get her. She is our first signee for the 2023 volleyball season. Sophie comes to us with a good foundation of skills, positive attitude, great work ethic and high character. We are looking forward to seeing her grow into a college-level setter for us.”

The senior playmaker said she is looking forward to playing for Coach Lawson and the Lady Eagles.

“I felt it was a good fit for me,” Sophie said of WBU. “It’s a Baptist university, small, close to home and has a very welcoming environment.”

Sophie started playing volleyball in the seventh grade under GC Middle School Volleyball coach Reed Walton. She was a four-year starter for the Lady Pioneers and she also played some travel volleyball. She developed a passion for the game her junior year of high school under GCHS Volleyball Coach Kendra Meurs.  At the start of Sophie’s senior year, she wasn’t really expecting to play at the college level. But throughout the season, with a lot of hard work, she continued to improve her game and by the end of the season she felt she could compete at the next level.

“I’m super proud of her. She is very coachable and always willing to learn,” said Gibson County Volleyball Head Coach Todd Sheppard. “Sophie’s great work ethic, leadership, dedication and attitude was an important part of the success our program had this year. She also plays with grit and confidence that show up in most critical times during the season. We will miss her next year.”

First year GCHS Volleyball Coach Todd Sheppard said he was very blessed to come into this program with these two seniors Sophie and Moriah Lewis as his team leaders.

In addition to playing volleyball at Gibson County, Sophie was a three-year member of the Lady Pioneers softball team. Sophie achieved a 3.84 grade-point-average (GPA) at Gibson County High School.  She is a member of Fellowship of Christian Athletes and PEP Club.

Sophie said she wanted to thank God first, her family for pushing her to play, all of her coaches and teammates throughout her volleyball career for all of her accomplishments. Sophie will graduate with honors and plans on majoring in Business or Marketing.  She is the daughter of Shawn and Stephanie Allred of Kenton. 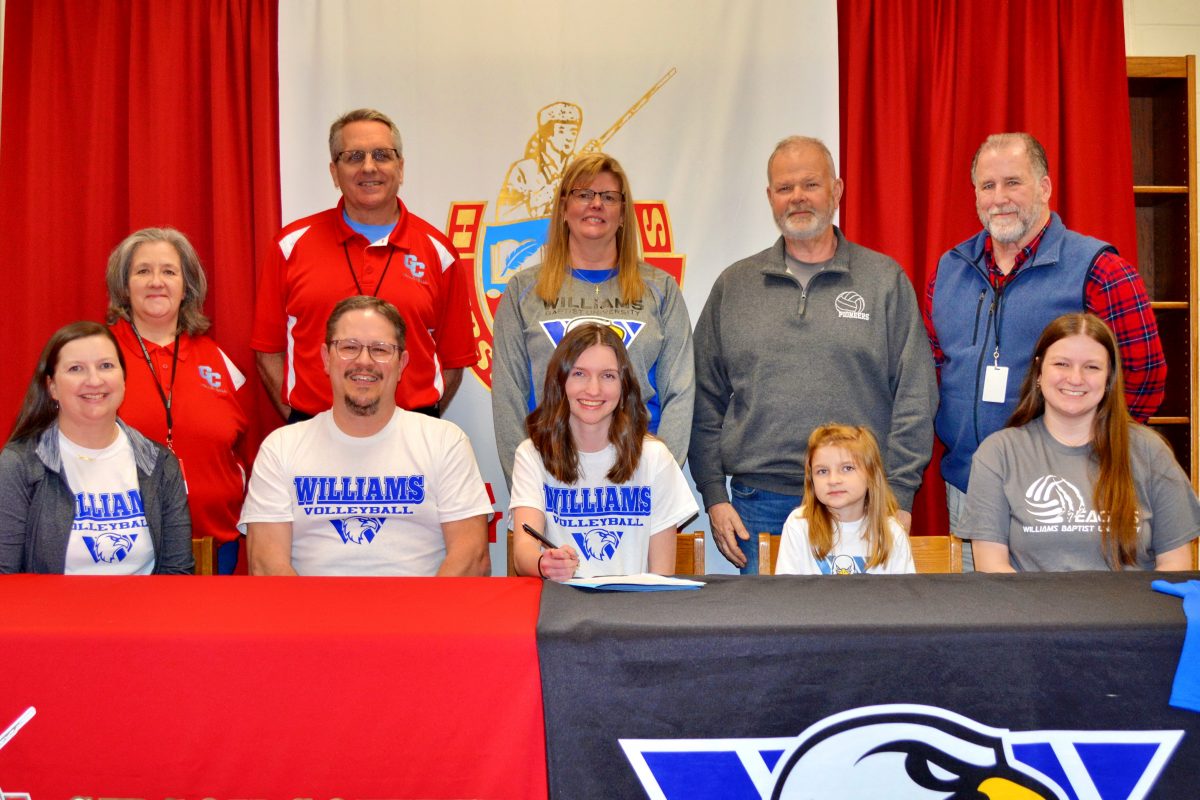