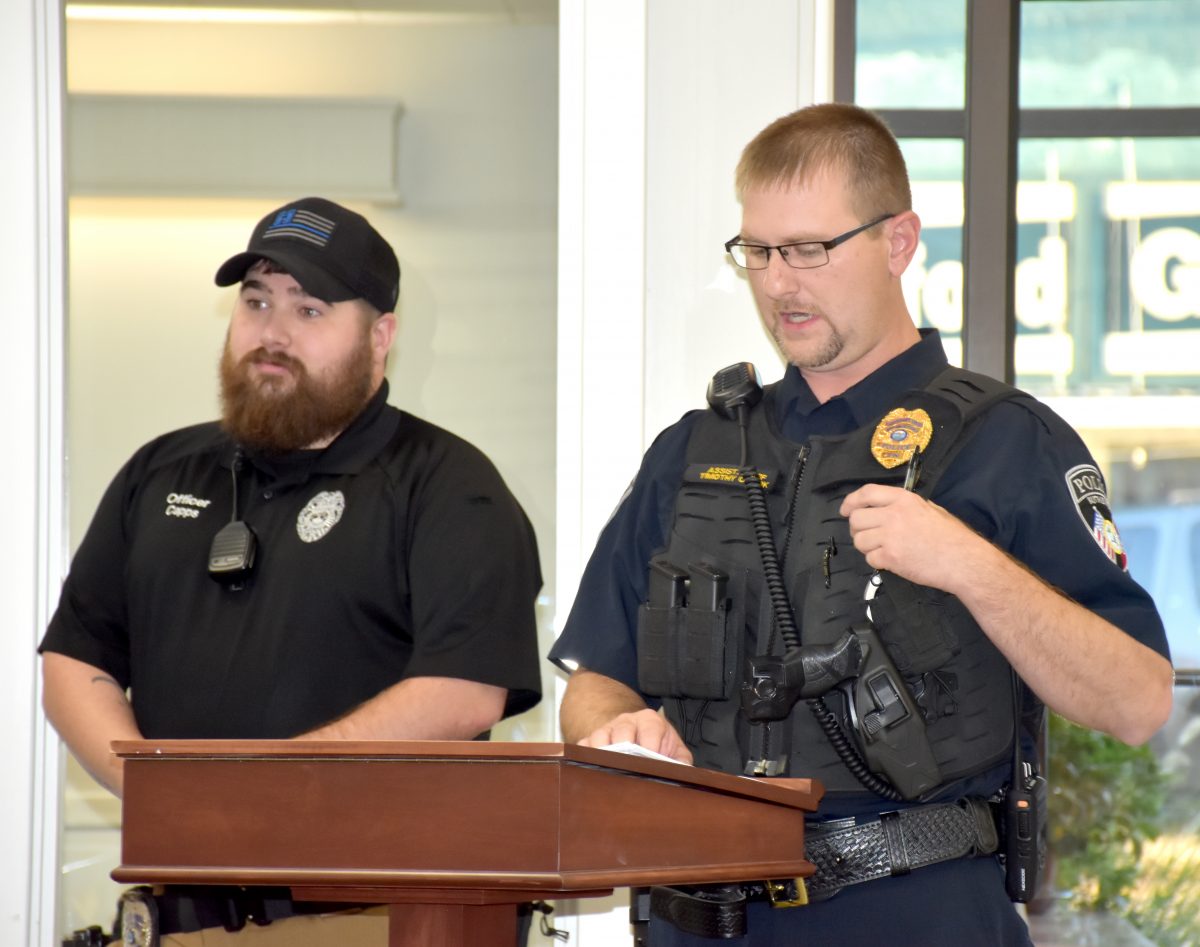 Officer Capps responded to a home in Rutherford, where he discovered Danny Faulkner in his shop, trapped under the wheels of a tractor. According to Officer Capps, Faulkner had been working on the tractor, then cranked it while it was still in gear, causing it to jump back and pin him beneath one of the tires, crushing his lower legs.

Faulkner was trapped under the tractor for close to two hours before a neighbor heard him screaming for help and called the police.

Faulkner was airlifted to Regional One Health in Memphis, but miraculously suffered no broken bones. Sources close to Faulkner stated that he did have some muscle damage and was severely dehydrated, but was able to come home the following day.

Rutherford Police Chief Tim Clark read a Letter of Recognition for Officer Capps to the Rutherford City Board last Monday night, thanking him for his hard work, dedication and ability to handle difficult situations in a professional manner.

“Officer Capps encountered a citizen of Rutherford in a life or death situation,” Chief Clark read. “He utilized his First Responder training and quick decision-making skills to take control of the situation and get the citizen the help he needed to ultimately save his life. Situations like this and the dedication of our officers are what makes Rutherford, Tennessee a safe place for all.”

Praise for Officer Capps continued, as Rutherford Fire Chief John Stafford commended him for helping to rescue a child locked in a hot car less than two hours after he saved Mr. Faulkner.

“I rounded the corner just in time to see Officer Capps take the necessary actions to get that child from the car without hesitation,” Chief Stafford said. “Our police department is a good one. I’ve worked with Alex several times. When he was on duty and we had a fire here in town, he always put that aside for a moment and helped us. He’s also a certified firefighter in the State of Tennessee. The man is an asset to the town and I’m proud to have him. He’s to be commended.”