The Gibson County Election Commission voted to close a number of superfluous voting precincts throughout the county and open a third Early Voting location in Rutherford to help increase voter turnout in the upcoming elections. 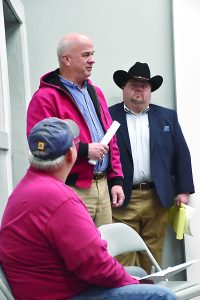 DEFENDING PRECINCTS – County Mayor Tom Witherspoon, Mark Hampton and County Commissioner Keith Steele spoke to members of the Election Commission in defense of the Idlewild and Skullbone precincts. Mayor Witherspoon suggested that the group hold a Town Hall meeting so that those affected by the closures would have an opportunity to speak on behalf of their precincts. That meeting will be held at 6 p.m. on Nov. 30 inside the Agri-Plex in Trenton. Photo by Logan Watson.

Matthew Gill, a representative from the Tennessee Comptroller’s Office, met with the group briefly to discuss the changes that will be made after last month’s redistricting by the Gibson County Commissioners. The redistricting plan affected close to 4,600 addresses, many of which are located in the northern part of the county.
With 28 voting precincts, the Election Commission chose to reduce the amount of precincts to better align with the 19 county commission districts. In comparison, Obion County has only 11 precincts.

County Mayor Tom Witherspoon and others spoke at the onset of the meeting, offering their opinions on the projected changes, particularly about the Skullbone community.
“What has to be done, has to be done,” Mayor Witherspoon said. “That’s up to you to decide. I would just be very careful about being sure that we’ve advertised this as much as possible, especially to those that are going to be affected by it.”
Mayor Witherspoon also urged the Election Commission members to give those citizens an opportunity to address the group.
“If we explain this to the people properly, they’ll be accepting of whatever decision is made,” Mayor Witherspoon said. “If we don’t, there’s going to be a lot of push-back. We’re already starting to get a little of it here lately.”
Mayor Witherspoon offered the Agri-Plex as a venue for the meeting, and Commission agreed to meet at 6 p.m. on Tuesday, November 30, to hold a Town Hall meeting for the affected residents to speak their piece on the matter.
“I also want to be clear, in that notice on the door, there’s a line that says, ‘the decision to reduce these precincts is based on the approved County Commission Redistricting Plan.’ Well, one doesn’t have anything to do with the other.”
Administrator of Elections Emily Brown stated that the goal of the Election Commission was to reduce the number of precincts to more closely align with the Commission Districts.
“In an effort to be frugal with our funding, we are going to try to reduce, to do it now while we’re already mailing out letters to tell them about the district line changes,” Brown said.
Prior to the vote, Mayor Witherspoon and other residents of the Skullbone and Idlewild communities spoke to the Election Commission about keeping their precincts open.
“When we passed a budget, we funded every precinct,” said County Commissioner Keith Steele. “I’m totally, one-hundred percent against closing any precincts. The County Commission didn’t vote to approve changing precincts. We voted to change voting districts for the commissioners to equalize things. Never did we have any intention to change the precincts.”
“The precinct there in Skullbone, we don’t know when people started voting there. It’s been a long time. Our percentages continue to be high,” said Mark Hampton. “We’re just making a call to you guys, if possible, to keep that precinct open.” Hampton, a member of the Bradford Special School District Board of Education, also told the Commission that closing one of the Bradford precincts would also cut their polling places by half.
Christine Warrington urged the Commission to “do what is best for the future of Gibson County and not for the past.”
“What I see in here today is what continues to trouble me,” said Christine Warrington. “People hanging onto the past to the point that it gets us so far behind that it’s heck to catch up. There are things that Gibson County has got to let go of to make progress in our community.”
Following the comments from those in attendance, members of the election commission examined the pros and cons of each precinct, ultimately choosing to close five precincts. 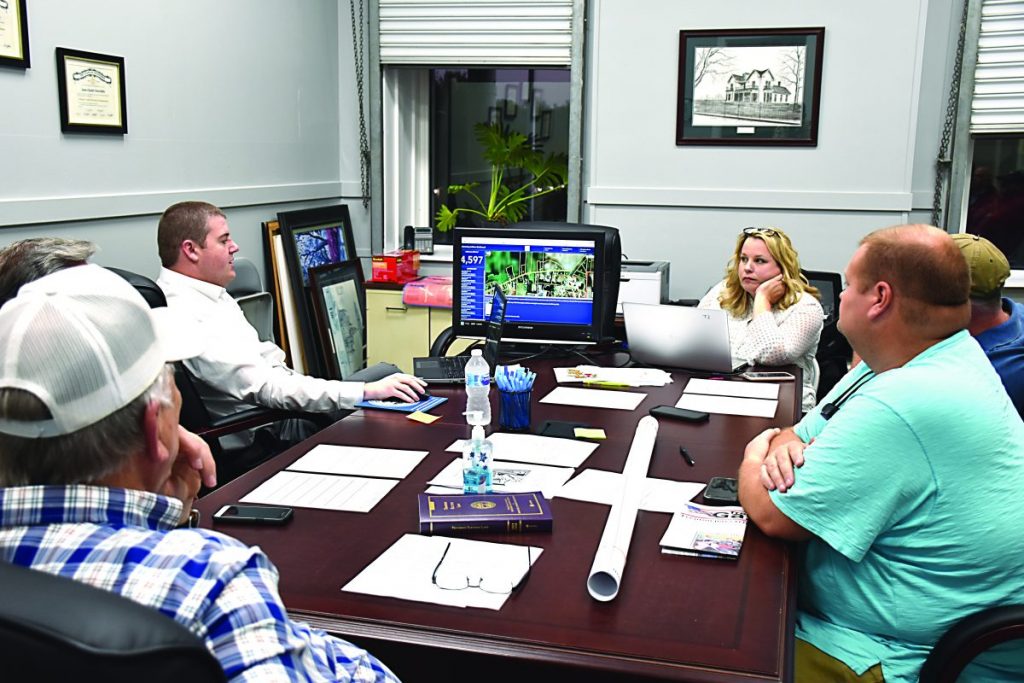