The following is a paid political announcement 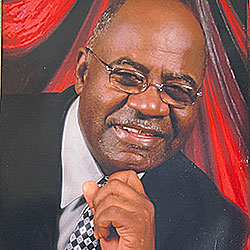 Thomas D. Emery, Pastor of Greater Six Street M.B. Church, is a mayoral candidate in the upcoming election for Humboldt city mayor. Emery has been a native of Humboldt for 68 years.

He has been a successful business owner of Emery’s Restaurant and T & F Trucking Co.

He has also been a car salesman at Donnie Hatcher Chevrolet where he received a paid trip to the Bahamas for the most sales.

Pastor Emery has roots in the city in concerns of the people as well as the city at large. His focus is on city beautification, housing, employment, schools in education and concern in precaution due to COVID and the betterment of our city.

Pastor Thomas D. Emery will be having an open forum at Bailey Park on September 18 at 6 p.m.. Everyone is invited to attend.