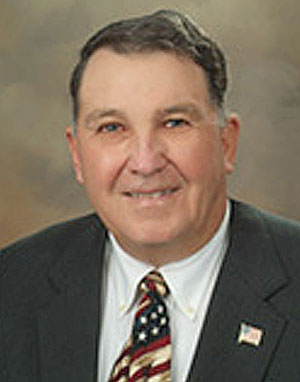 James Riley Hill was elected as the first Three Way mayor in 1998 after state legislators passed a bill that relaxed stipulations that allowed Three Way to vote to incorporate. On November 3, 1998, Three Way residents overwhelmingly voted to incorporate. With the deadline looming to elect a mayor and board of aldermen, Hill was elected as Three Way’s first mayor with 255 votes over candidate Susan Gamane’s 55 votes on December 29, 1998.

Also on this ballot were two aldermen positions. David Turner received the most votes with 251 winning the Position 1 seat while L.A. “Hoot” Gibson finished second with 195 votes, taking the Position 2 seat. This seat for the first term only was for two years to create a staggered election moving forward. Jim Goodrich, Johnny Lawrence and Neal Towater were also on the ballot as aldermen candidates.

Immediately after the election results were announced, former Madison County Mayor Alex Leach swore in the mayor and aldermen.

The Three Way Board of Mayor and Alderman held their first meeting in January of 1999.

But prior to Hill being elected mayor, he was a key member of a group that twice thwarted off annexation attempts from the city of Humboldt.

For decades, Hill was active in the community as a farmer and owner of a construction company. He was a member of the Fairview Hunting Club and one of the many leaders of the annual Three Way Stew sale on Labor Day. He also served as captain of the Madison County Fire Department Station 3 located in Three Way.

As mayor of Three Way, he led the small town from the very beginning and was re-elected for three more 4-year terms. He severed Three Way from January of 1999 through December of 2014. 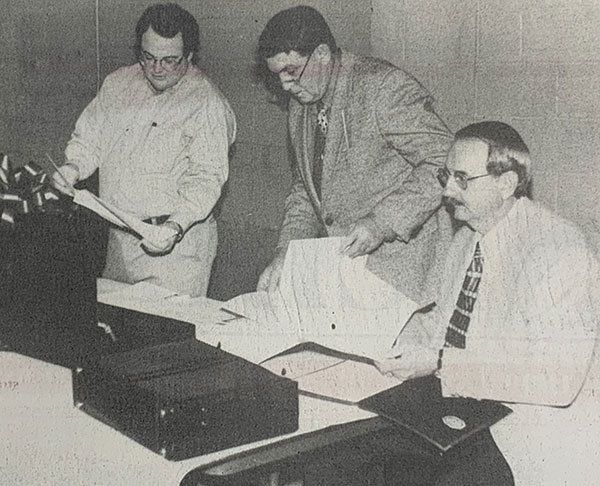 One of Hill’s visions was to have a municipal complex for a city hall, a park and a city maintenance building. In March of 2005, the board voted to purchase 15 acres on Three Way Lane, right in the center of town. During the November 7, 2005 city board meeting, Mayor Hill told the audience the property was the perfect location for a city hall, due to it being in the center of Three Way.

In March of 2009, the city began construction on the maintenance building to house the city’s tractors, mowers and trucks. This was Phase 1 of the master plan.

Once Phase 1 was complete, Phase 2 began. This phase created a city park that included a pavilion, walking trail, playground area, park benches and swings, and a lake with a fountain.

After the park was complete, aldermen Danny Wade and Mary Ann Tremblay suggested naming the park Pine Hill Park. The name was derived from the forest of pine trees on the property. The word Hill in the park’s name was also to honor Mayor Hill as the city’s first mayor and his vision.

Both Phase 1 and 2 were completed using taxpayer funds the city had collected over the years. No money was borrowed, which was one of Hill’s prize accomplishments. He ran the city without debt.

For 16 years, Three Way continued to grow with Hill as mayor. Subdivisions saw new houses being built. Businesses located there. And for a small town, Three Way had a thriving industrial presence as well.

In his third term as mayor, Hill and the city had quite a scare. He suffered a heart attack and had open-heart surgery. But even a heart attack and surgery would not keep him down. He fully recovered after several weeks but was still able to keep things running from his hospital bed and later recovering at home, with the assistance of the board. He was later elected to a fourth term after his heart episode.

Hill ran for a fifth term but was unsuccessful when current mayor Larry Sanders won the election. Even after he was no longer mayor, Hill still was an active member of the community. He continued to help out with the Three Way Festival and could be seen driving his pickup truck around town.

On August 8, 2019, Three Way broke ground on their new city hall. Former Mayor Hill, becoming weaker at the time, would not miss such an event. He was on top the hill with shovel in hand for the historical ground breaking ceremony.

This was a special moment in his life. At one time, Hill owned the property where the Three Way Municipal Complex now sits. He sold the acreage, which at one time was a golf driving range and a 9-hole par -3 golf course. During the ground breaking ceremony, Hill said he and his late wife Nell had once dreamed of building their house on this very hill to raise their family. This brought tears to his eyes. He was so proud to see the city hall on that very site and the final phase of his vision and dream had come to fruition.

Jimmy Hill’s legacy will live on in Three Way as one of the pioneers that literally put Three Way on the map. His love of the community and the city will remain as evidence of his commitment.