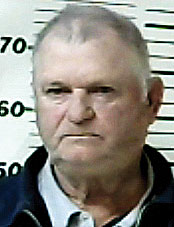 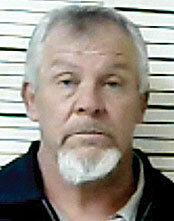 Two men are facing charges for animal cruelty after an explosion of posts made on social media. A video of two city of Humboldt workers killing a dog by knocking it in the head with a shovel surfaced on Facebook, causing quite a stir.

According to Humboldt police, on January 4, 2021 the Humboldt Police Department received information about a possible animal abuse. After an investigation into the incident, two city of Humboldt employees, Bruce Lynn Pafford, 56-year-old male of Humboldt, and James Johnson, 76-years-old male of Humboldt, have both been charged with aggravated cruelty to animals.

The two were taken to Gibson County Jail in Trenton, Tenn. Their bonds were set at $10,000 each. They are scheduled to be arraigned in General Sessions Court in Humboldt on April 7 at 9 a.m.

“After completion of the Humboldt Police Department’s investigation into this matter, I was informed that the dog in question was reportedly struck by a vehicle in the area of Helena Chemical Company and the animal control officers (dog catchers) were dispatched by the Humboldt Police Department to retrieve the dog,” Humboldt Mayor Marvin Sikes stated. “When animal control arrived, they determined that the dog had been struck by a vehicle and was not in very good condition. The dog had major head trauma. The citizen who made the original call to the police apparently took a photograph of the dog, which was later uploaded to the internet. The two animal control officers loaded the dog up and transported it to the city shop where the dog pound is located. This is where the incident happened.”

According to the mayor, witnesses of the incident at the city shop saw the two employees remove the dog from the cage by a pole and rope apparatus, which is normally used to catch and remove dogs from the cage. One man removed the dog from the truck and held it on the ground with the pole apparatus while the other man beat the dog in the head with a stick or a pole until it was dead.
A process hearing of the two employees was also held Thursday, January 7 with both employees in attendance. Mayor Sikes, city attorney Randy Camp and the employees’ direct supervisor Willie Reed attended the hearing as well.

Mayor Sikes said the dog should have been taken to the veterinarian to determine its fate. Sikes said he has no defense the action Johnson and Pafford took.

“I, as mayor, did give the employees a chance to explain their actions and I gave them their due process, as required by personnel policies,” Mayor Sikes noted. “The investigation did show that these employees did do what they had been accused of. I gave both of the employees the option to resign or I would be asking the board of alderman to terminate them on the next board meeting January 25th.”

Johnson and Pafford both turned in their resignations to Mayor Sikes. Their last day on the job was Friday, January 8.

District Attorney Frederick Agee said in Tennessee, aggravated animal cruelty is a class E-Felony and comes with a one to two year sentence depending on a person’s criminal background.

“Everyone has cooperated in the investigation including the two employees,” DA Agee said. “Sgt. (Jonathan) Wilson and Lt. (Tony) Williams put a lot of time into this investigation before charging them. They worked three days on the case and were professional and very quick (in the investigation).”
“I will not tolerate the actions being claimed,” Mayor Sikes said in a statement. “I promise I will not accept this kind of behavior from any city employee.”