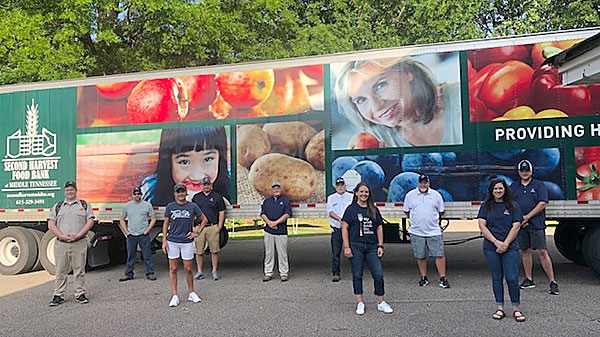 When Tyson announced three years ago they were opening a poultry plant in Gibson County, it brought exuberance to the community. Even though the plans to have the plant up and running have hit a couple of snags, it did not stop Complex Manager Tom McCue and the staff from becoming entrenched in the community and marvelous corporate citizens.
In Humboldt, Helping Hand has benefited greatly from Tyson’s generous donations.

Now, once again, Tyson has put their money where their mouth is. Tyson donated $108,500 to the Second Harvest Food Bank of Middle Tennessee in February 2020, enabling them to fully fund 36 (three per month) Mobile Pantry distributions that serve communities in Shelbyville, Goodlettsville and Humboldt. 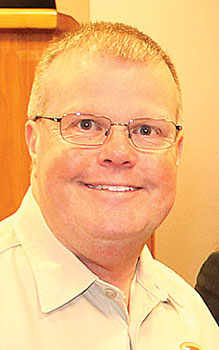 The Second Harvest Mobile Pantry will be coming to Humboldt on January 9, 2021 thanks to this donation.

“Tyson has had a long standing relationship with the Second Harvest Food Bank,” Humboldt Complex Manager Tom McCue said. “We are so proud to be a part of helping them serve the West Tennessee area, especially Gibson County. It’s been a blessing for our Humboldt team to partner with local churches and Second Harvest Mobile Pantry throughout Gibson County since July.”

Tyson is deeply committed to relieving hunger in the United States and helping communities affected by food insecurity. The company is proud to support the work of Second Harvest through its contributions to the local community.

Many people experiencing hunger live in food deserts, where the nearest grocery store is not easily accessible. Second Harvest meets people where they are distributing food directly to individuals and families in need.

Recent Tyson-funded Mobile Pantries have provided on average 26,682 pounds of food to an average of 277 households—that’s 96 pounds per family.

Even though the 1,600 jobs have not yet been created and filled due to plant not yet operational, that has not stopped Tyson from giving back to Humboldt and Gibson County.