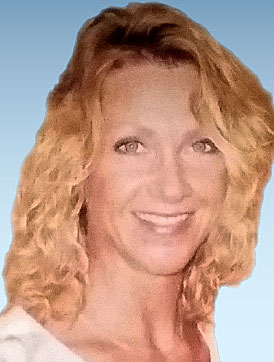 The Humboldt Chronicle is proud to welcome Rhonda Vann as the new sports writer and photographer. As the wife of a football coach and mom of two sons who played sports, Vann brings her knowledge of sports to the table and is up to the challenge.

She and her husband, Coach Dalton Vann, are both from Missouri. Now Coach Vann is the Jr. Vikings’ head football coach and a candidate to take over the Vikings’ program. He interviewed for the position last week.

Even though Vann is the new sports person for the newspaper, she and coach will work as a team. They’ve worked as a team in all aspects of their lives.

“Growing up as three sisters, I was the oldest,” Vann noted. “I did not get into sports but my sisters did.”

“We’re from Lee’s Summit, Mo. and met in high school,” Vann said. “We were high school sweethearts and got married.”

The Vanns have two sons and seven grandchildren. Deron lives in Clarksville, Tenn. and is in the U.S. Army and Michael still lives in Lee’s Summit.

“I love being around sports but was not always a participant,” she said. “But with kids in sports, I had to learn sports lingo and all the jargon.”

Both Michael and Deron played football, basketball, ran track and other sports. Vann said she became a sports mom.
Vann worked for Sprint for 20 years in project management and training development. Unfortunately, she was laid off. But she calls it a blessing in disguise.

He coached at his Alma Mater along with managing the Christian ministry. For nine or 10 years, the football program exceled under his tutelage but Vann said the ministry had slowed down.

During that time, Vann took pictures and wrote little articles for the school newspaper. This was her first taste covering sports.
The Vanns knew it was time to move on and believed God had plans for them, which brought them to Tennessee to Trinity Christian Academy (TCA) in Jackson. There the coach was the assistant athletic director and the director of discipleship.
Vann always attended games with her husband throughout his career and still does today.

“God used that school to bring us here,” Vann explained. “Everything worked out for us to come to Humboldt. All these doors are opening up in Humboldt.”

When the position as sports writer and photographer became available at the Chronicle, Vann said it was a perfect fit with her plans. She and Dalton had talked about all the times and places they’ve been in over the years, but had wished they would have documented them in a journal. Going forward, this was Vann’s plan.

Now as the sports writer, there will be plenty to add to their journal.

“We gravitate toward sports,” she said. “I want to know the kids, their parents and get to know Humboldt. This is a perfect way to get to know what Humboldt is all about. I want to capture all those stories.”

Even though the Vanns are relatively new to Humboldt, they are becoming part of the community through sports. Coach Vann is the announcer for the Vikings’ home basketball game and his wife attends every game with him.

Look for Vann’s articles in the Humboldt Chronicle beginning this week.

“I’m excited to have the opportunity to cover Humboldt sports for the newspaper,” she said. “I’m looking forward to it.”