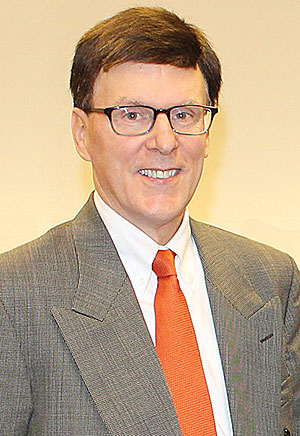 Floyd S. Flippin of Humboldt was recently installed as the 39th chair of the Tennessee Bar Foundation, at its annual membership meeting. Flippin was first elected to the foundation’s board of trustees in 2013, as a West Tennessee trustee. He previously served as a member of the organization’s Grant Review Committee and later served three years as committee chair. Flippin follows his father, the late Jerry Flippin of Milan who was also a member of the board of trustees.

The foundation is a philanthropic organization with a two-fold purpose: to honor attorneys who have distinguished themselves in the profession by selecting them for membership and to administer a grant-making program, on behalf of the Tennessee Supreme Court, which supports law-related public projects. The program, known by the acronym “IOLTA” (Interest On Lawyers’ Trust Accounts) has awarded in excess of $22,000,000 over 32 years to Tennessee organizations that assist victims of domestic violence, that promote child advocacy or alternative dispute resolution or rehabilitation of offenders and to legal aid clinics for the indigent. Twenty-one organizations will share in $500,000 in IOLTA grants during 2020.

Flippin is a native of Milan. He received his undergraduate and law degrees from the University of Tennessee. He has been in private practice since 1983 and the Gibson County attorney since 1991. He was certified as a Rule 31 Civil Mediator in 2001. Concurrent with his leadership of the Foundation, Flippin is serving as the chair of the Tennessee Board of Professional Responsibility. He is also active in numerous community organizations and serves as a TSSAA official in basketball and football.

Flippin will chair the foundation until June 2021.