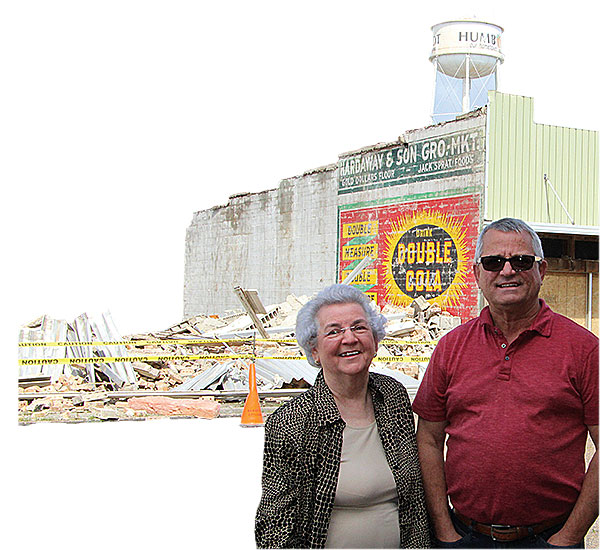 SURPRISE BEHIND WALL – Lucy Allison and her son, Bob DeLoach, stand on the sidewalk beside their 14th Ave. shoe store as the two buildings across the street are being torn down. Allison owns three building across the street from Simmons Shoe Store and was pleasantly surprised to see the Hardaway Grocery and Double Cola sign painted on the side of her building.

Two downtown buildings were demolished Friday morning on 14th Ave. in Humboldt. But when one of the walls was unmasked, it revealed a pleasant surprise.

In 2018, Humboldt Utilities purchased the buildings. General Manager Alex Smith said the buildings were torn down and the property will be used for storage.

PILE OF RUBBLE – A trackhoe worker makes quick work of tearing down two buildings on S. 14th Ave. in Humboldt Friday morning. The property is owned by Humboldt Utilities but used to be home to Espey Furniture, Wever’s Furniture and Appliance and Henley Printing.

Lucy Allison, owner of Simmons Shoe Store said both buildings were in bad shape. The roof of one building had fallen in and trees were growing through the top.

Allison also owns the three buildings across the street from the shoe store and at one time two were the location of the men’s and kids’ shoe store of the family business. The third building has been used for storage.

It was that building that butted up to the buildings being torn down. When the north wall came down, it revealed Allison’s building. On the side was a big painted sign for a former business—Hardaway & Son Grocery-Market. The sign advertised Gold Dollar Flour and Jack Sprat Foods. But the lower three-quarters of the sign was for Double Cola.

A piece of history had been covered up for decades and decades when the new building beside it was constructed. Humboldt historian John Blankenship believes the buildings were built sometime in the 1940s or that era.

“It was originally owned by B.H. Hardaway,” Blankenship said of the business. “His son (possibly James) I believe operated the store after his father’s death in 1960.”

Bob DeLoach recalled as a young boy buying candy bar and a coke for a quarter and getting a nickel back.

The buildings razed last week had a history as well. Allison recalled Espey Furniture was located there. After the business closed, Wever’s Furniture and Appliance moved from Main Street into the 14th Ave. location. 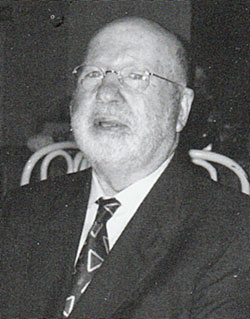 John B. Wever first went into business in 1946 as a half interest partner with Charlie Christmas. The business, Christmas and Wever was located on Main Street in Humboldt next to the former Presbyterian Church.

In 1952, Wever sold his interest to Christmas and started his own furniture and appliance store on 14th Ave., at which time he became a General Electric dealer.

Between the years of 1952 and 1972, Wever acquired five buildings and built two warehouses.

There are thousands of stories of Humboldt history. It’s ironic that it took tearing down a dilapidated building to reveal a piece of history that is over half a century old. 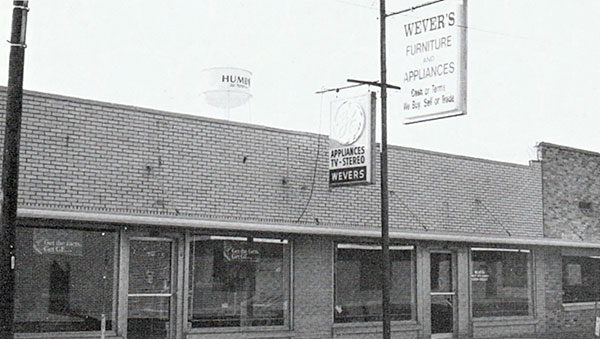