Davidsons took over in 1973 to run family business

One of Humboldt’s staple businesses on Main St. will soon be closing its doors. Peoples Furniture Company will cease daily operations the end of March.

Owners Harry and Lyla Dee Davidson, who have owned and operated the furniture store for decades, plan to retire after 47 years in Humboldt. The business was originally part of Lyla Dee’s family group of furniture stores.

“I have no particular retirement plans,” Davidson said. “I don’t have a schedule. I can do what I want, when I want.” 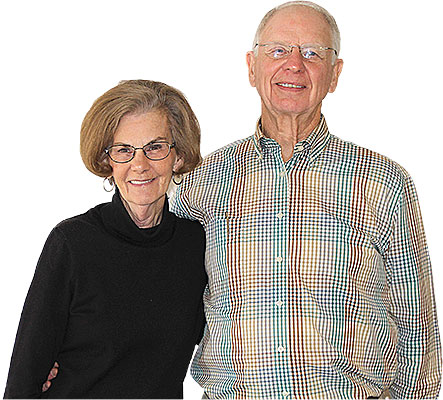 The Davidsons plan for now is to sell all the furniture and sell the building. But they are certainly open to selling the business, including the inventory and building.

“I would rather sell as opposed to closing,” Davidson noted. “I definitely want to see it continue as a furniture store on Main Street. As the inventory goes down, so does the price.”

Davidson said delivery service will run through March and discontinue April 1. Peoples Furniture can still make special orders but will end March 1 in order to have time for the furniture to be shipped.

When April arrives, there will be no more regular store hours. The hours for the day or week will be posted in the front window, as they gradually ease into retirement. But the store will be open as long as there is inventory to sell or if the building has not sold. He did say at some point, the doors will close permanently.

In order to get the building ready to sell, a new roof is being installed.

“When you have a business downtown, you live downtown,” she added. “It’s like a home. We love Humboldt and will never move. Main Street will always be home to us.”

C.M. Brogdon, Lyla Dee’s grandfather, started the company in 1933 in Kennett, Mo. But history on the building goes back even further. The Main St. location has long been associated with the early business history of Humboldt. Hunt Brothers’ Furniture operated here as early as 1915. In the 1800s, the building was first used as a livery stable.

With the Kennett store up and running, Brogdon wanted to expand. Within a few years, he opened a store in Memphis, which also sold used furniture. Shortly after, another store was opened in Greenwood, Miss. that sold new furniture.

During WWII, word got out that an arsenal would be locating in Humboldt, so Brogden opened a fourth store in downtown Humboldt. The government decided the arsenal would be built in Milan, Tenn., so the family opened a store there. That store is no longer open.

In the early ‘40s, Peoples Furniture only occupied half the current store, but soon expanded to its current size.

The Davidsons lived and worked in Memphis at different jobs. They had a young daughter and decided they wanted a small-town atmosphere to raise their family, so they moved to Humboldt in 1973.

Harry started here as a salesman and became manager in 1974 when Pyron retired.

“I told him I didn’t know a dresser from a chest,” Davidson said to Pyron at the time. “Pony said, ‘You can learn’.”

Now, three generations later, the family-owned furniture store in Humboldt will soon only be a memory. Long gone are the family-owned stores in Milan (closed in the 1950s), Memphis (closed in the 1990s) and Greensboro (closed in the 1960s). The original store in Kennett closed when Lyla Dee’s brother, Ronnie Brogdon, retired three years ago. Peoples Furniture is the only remaining store currently open. And unless a buyer comes along to continue the legacy, it too will meet its demise.

As one of the oldest retail businesses in town, Peoples Furniture Company and the Davidsons always prided themselves of a long tradition of offering their customers superior home furnishings with reasonable prices and quality service.

“Humboldt has been good to us,” Davidson said with pride. “Instead of using one of those ‘going out of business’ companies, I think it’s better to offer sale prices.”

Currently, all inventory is marked down 25-percent, with some pieces selling at half price or less. As the days get closer and closer to closing, Davidson said price will continue to drop as he moves the remainder of the stock.

“I want to sell to my loyal customers who have been here over the years,” Davidson said of not using a liquidation company. “They helped put food on my table, feed my kids and make a home for us in Humboldt.”

“I will miss being on Main Street,” Lyla Dee said.

Humboldt and her people will miss Peoples Furniture Company too.