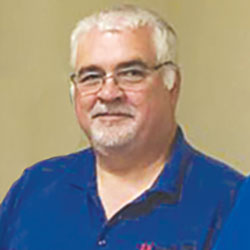 A former Humboldt employee has filed a lawsuit against the city of Humboldt. John Morrison, former city building inspector, filed a 13-page lawsuit in federal court on July 30 for being terminated.

According to the court document, the suit names the city of Humboldt, Mayor Marvin Sikes, and aldermen Don Graves, Donna Johnson and Leon McNeal as defendants, in both official capacity and individually. The suit was filed in the United States District Court for the Western District of Tennessee Eastern Division.

The city of Humboldt has enlisted Tennessee Municipal League attorney John Burleson as counsel. The Humboldt Chronicle attempted to contact Burleson for comments from the city but was unable to reach him by press time.

The lawsuit states Morrison’s termination was in violation of the right secured by First and Fourteenth Amendments of the U.S. Constitution.

Attorney Weinman said last week that since Pruett and Shivers voted not to terminate, they did not violate Morrison’s rights and are not listed as defendants in the lawsuit.

During the March board meeting, former city attorney Terri Crider explained that the board has the authority
to terminate but they must follow proper procedure according to the city personnel policy—the very policy approved by the city board.

Morrison’s lawsuit states he was hired on or about June 29, 2015 as the building codes inspector/city building inspector. Within months, more duties were added as safety director and city project manager to his position.

While working as building inspector, the lawsuit states that under Morrison’s direction, the city passed audits performed by the Tennessee Department of Commerce and Insurance.

One segment of the court document says members of the city board regularly communicated with Morrison and attempted to influence him to take actions in certain instances that would violate local building codes, ordinances, rules, regulations, laws and/or statutes applicable to various duties he performed. In addition, the lawsuits states Morrison regularly refused to take illegal action and explained why he could not do as requested. At times, one or more aldermen threatened to terminate Morrison’s employment. The lawsuit names Alderman Graves on two separate occasions where this happened. The document does not designate any other aldermen by name except for Graves and only refers to them as “other aldermen” or “aldermen”.

The lawsuit further states Morrison’s termination did not follow the city’s personnel policies and procedures manual, which has a series of steps required prior to termination. None of the procedures were followed, according to the lawsuit.

Claims listed in the lawsuit include the defendant’s retaliated against Morrison for engaging in speech protected by the Constitution’s First Amendment. The lawsuit further claims violation of the Fourteenth Amendment regarding due process. Claim III lists the Tennessee Public Protection Act. Number IV alleges violation of Public Employee Political Freedom Act of 1980. The fifth claim of the lawsuit is Civil Conspiracy.

One of the last segments of the lawsuit addresses damages, stating Morrison suffered mental anguish, public humiliation, diminished reputation, loss of employment and the benefits of employment, and has had to retain legal counsel to defend and protect his rights.

The lawsuit states that the basis for punitive damages show that deprivation of constitutional freedoms and statutory rights by the individual defendants were knowingly, intentionally and maliciously done, and were an abuse of the power and trust of public officers.

Attorney Weinman said he and Morrison have requested a jury trial. The lawsuit is in the early stages right now and no court dates have been set. Weinman added that Federal court typically takes around 18 months before going to trial.