FESTIVAL PRESIDENTS – During the Strawberry Festival President’s Reception, 26 festival presidents were in attendance. President Chelsea Caraway praised all the past presidents for their hard work and commitment to making the festival the very best it can be. 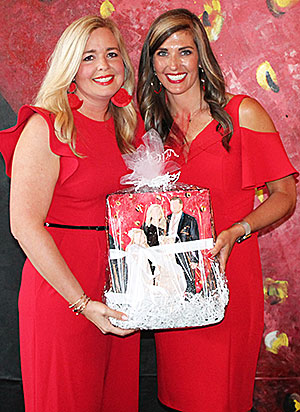 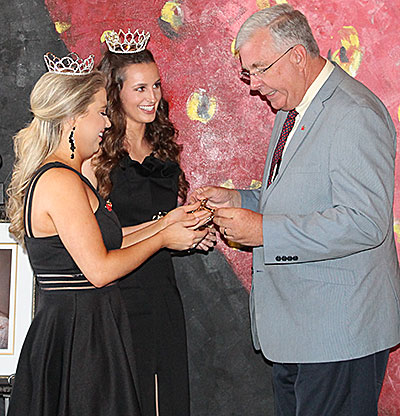 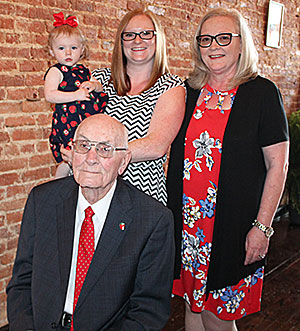 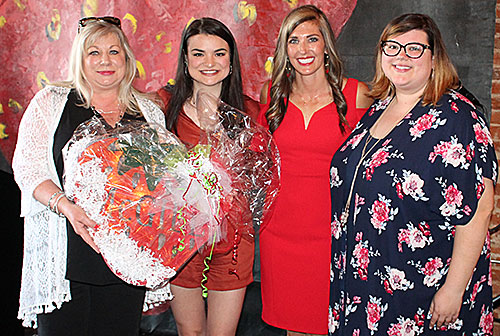 The family of the late Chuck McGill, this year’s festival dedication, were honored during the President’s Reception. His wife Paula McGill (left) and daughters Emily McGill (second from left) and Katie McGill (right) received at metal strawberry with “McGill” cutout of the center as a gift from President Chelsea Caraway and the Strawberry Festival. Caraway said during the reception that Chuck is an icon, not only in Humboldt, but in West Tennessee. She said he had performed at many festival events over the years as the main reason the festival is dedicated to him this year.