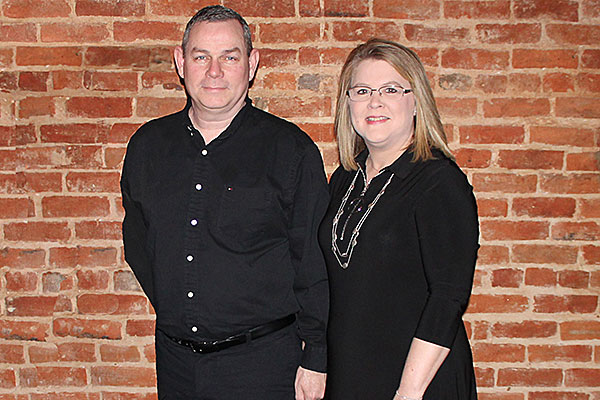 DELOACH HONORED – Barry DeLoach, joined by his lovely wife, Sandy, was recently named co-honorees for Humboldt’s Relay for Life. DeLoach battled cancer over the past two years but received a clean PET Scan last week. Congratulate DeLoach and his co-honoree, Theresa Kennedy, at the countywide Relay event at Shady Acres Park in Trenton on Saturday, June 15.

Many people battle cancer—some win, some lose. But when Barry DeLoach found out he had cancer, he put his faith in God.

Now that his cancer is gone, DeLoach will server as Humboldt’s co-honoree at Relay for Life, along with Theresa Kennedy.

“When I was diagnosed, I got up the next day and I grabbed my Bible,” DeLoach recalled. “I said, ‘Lord, show me that I’m going to be okay.’ He led me to Proverb 3:5-8. Everyone know verses five and six, but it was seven and eight that showed me right then, I was going to be fine.”

Proverbs 3:5-6 Trust in the Lord with all your heart and lean not on your own understanding; in all your ways submit to him, and he will make your paths straight.

Proverbs 3:7-8 Do not be wise in your own eyes; fear the Lord and shun evil. This will bring health to your body and nourishment to your bones.

Battling cancer was no fun for DeLoach. But all along the way, his wife, Sandy, was by his side.

“They don’t physically go through cancer, but they go through it through you,” DeLoach said of his caregiving wife.

DeLoach said he feels honored to be co-honoree with Kennedy, someone he’s known his entire life. They not only know each other, they have a family connection. Theresa’s daughter, Ashlee DeLoach, is married to Barry’s nephew, Rob DeLoach.

“Mitzie (Privitt) called me and asked if I would be honoree,” DeLoach said. “I said yes immediately. There was no way I could say no.”

As Privitt was going over all the events, times and schedules, DeLoach was unaware Kennedy would be co-honoree with him. He was thrilled when he got that news.

In late 2017, DeLoach was dealing with back pain. Over the next few months he tried going to a chiropractor, which did not help. He went to see his family physician, Dr. Keith Kirby, and even tried physical therapy. Nothing was working. That’s when Dr. Kirby decided to do blood work.

“The blood test showed my red count was down while my white count was pretty elevated,” DeLoach said of the test results. “They did a CT Scan and found a mass the size of my fist, wrapped around my aorta, pressing against my spine causing the back pain.”

DeLoach then found out he had enlarged lymph nodes behind his colon. He knew he had cancer at that point even though he had not yet been diagnosed.

In June of 2018, DeLoach went to the Kirkland Cancer Center in Jackson, Tenn. where he saw Dr. Gregory Franz. They performed a needle biopsy of the mass, but it was inconclusive. The next step was to have an incision made and take a tissue sample, which revealed he had Large B-Cell Lymphoma.

“Dr. Franz said, ‘If you have to have cancer, this one is very treatable’,” DeLoach recalled.

In July, DeLoach began chemo. He had treatments every three weeks for a total of six treatments. Chemotherapy took its toll on DeLoach. The first couple of days after a treatment, he felt fine, but the next seven to 10 days he felt weak and tired. The next few days, he would begin to get his energy back.

“About the time I started feeling good, it was time for another treatment,” DeLoach explained. “The cumulative treatment with chemo, it never completely goes away. It builds up in your body.”

After his last chemo treatment, DeLoach said it took about a month to get it out of his system.

The PET Scan performed after his treatment came back clear. A month later, as a precaution, DeLoach began a new regent of treatments last December. This time it was 20 radiation treatments, which he called a piece of cake compared to chemo.

Last week, DeLoach had another PET Scan, which showed the cancer was gone and had not come back. DeLoach was so ecstatic, he sent out multiple texts to his family and friends to let them know the good news.

“I’m so thankful for all the people who prayed for me,” DeLoach said. “I got lots of cards and letters of encouragement. The prayers worked.”

“The key to beating cancer is to have a positive attitude that you will beat it,” he added.

Now, DeLoach said he’s feeling great and back to being his old self. He joked saying, “Sandy says that could be good or bad.”
As protocol for those having cancer treatments, DeLoach will still have regular check ups in the upcoming months.

“I’m thankful to be here,” DeLoach sincerely said. “God’s not through with me yet.”