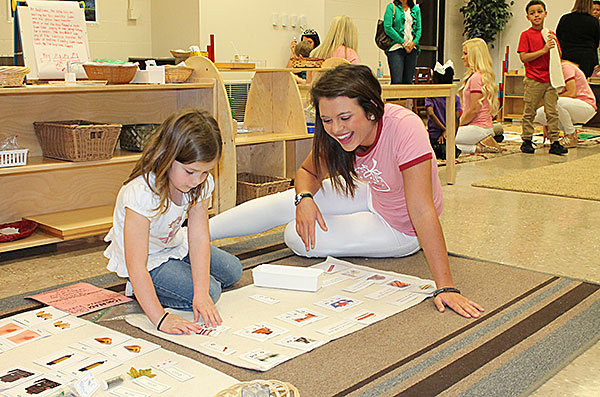 Last Friday kicked off the first Strawberry Festival event with the City Tour. Each year, Strawberry royalty and dignitaries tour several locations in Humboldt about a month before festival week. Humboldt businesses and industries roll out the Strawberry red carpet for the tour to serve up a taste of what Humboldt has to offer. 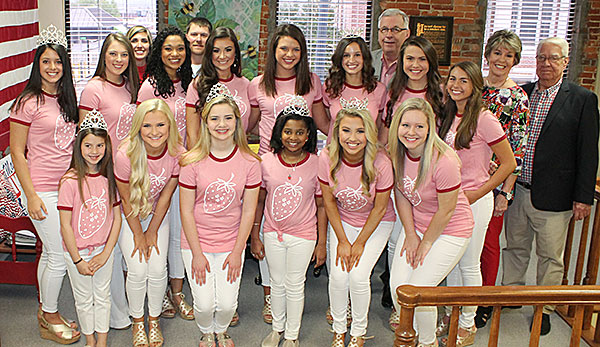 The full day tour began at 8 a.m. at Humboldt City Hall where everyone enjoyed breakfast. Mayor Sikes, joined by his wife Carol, handed out gifts to each of the royalty girls. After a short tour of the mayor’s office and photo opp, the group loaded up on the bus and headed to the second stop of the tour, Stigall Primary School. There young ladies visited the Montessori program made up of four, five and six-year-olds, all in one classroom. Everyone was amazed at how independently the kids worked on their assignments, at their own pace, and how orderly the classroom was with such young kids. 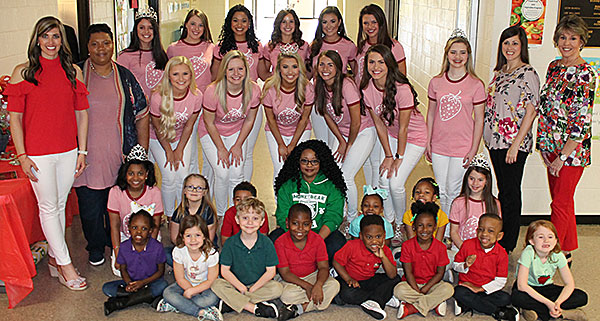 The third leg of the tour landed at Chicago Metallic. Everyone toured the plant that makes commercial bakeware for companies such as Little Caesars, McDonald’s, Krystal, White Castle, Subway and many other well-known eateries and food service companies. Gift sets of Chicago Metallic bakeware were prepared for each member of the tour.

The fourth stop on the tour was Savvy Beautique. The beauty queens browsed the quaint boutique’s clothing and accessories. Several made purchases during the visit. Each girl of the royalty was given special gifts for stopping by. 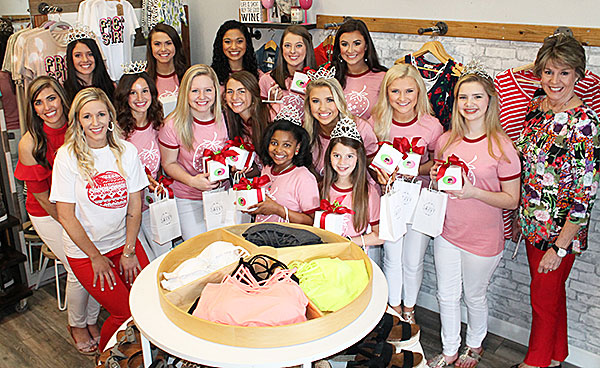 The Rotary Club of Humboldt was the fifth stop of the day where everyone enjoyed lunch. A buffet style lunch was prepared for the large crowd on the tour and the club members. President Caraway was the featured speaker. She gave Rotarians and guest a day-by-day schedule of Festival week. Humboldt Medical Center was also a great stop for everyone to freshen up.

Back on the bus, the tour headed to ConAgra. Once again, the group got to tour the plant that makes ice cream toppings and other food based products. ConAgra does not sell their products to the public, but instead makes products for some of the top restaurants and food services around the world. Everyone enjoyed ice cream sundaes with ConAgra strawberry, chocolate and caramel toppings. The girls left with gallons of ice cream toppings as their gifts. 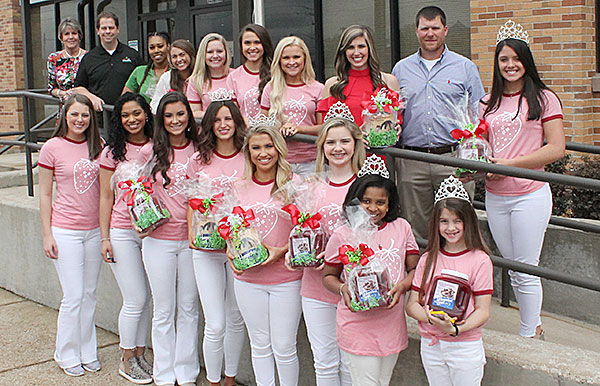 The final stop of the day was visiting downtown businesses. Simmons Shoe Store was first on the list, followed by City Gift, Main Boutique and ending at The Coffee Shop.

At the end of the day, everyone packed up all the gifts they had received from the local businesses and industries, and their purchases they made while shopping in Humboldt. Those on the tour were amazed what little ole Humboldt has to offer and were gracious of the Humboldt hospitality they received at every stop along the tour. They all said their goodbyes for now, but will all be back together in less than a month when the 82nd annual West Tennessee Strawberry Festival kicks off on Sunday, May 5. 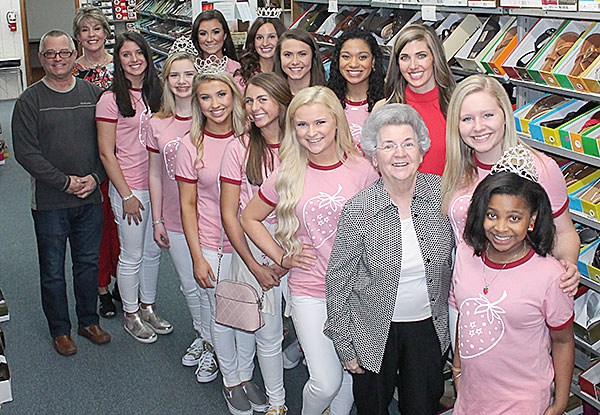 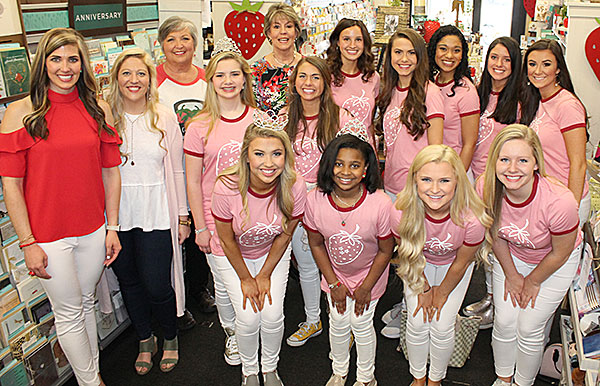 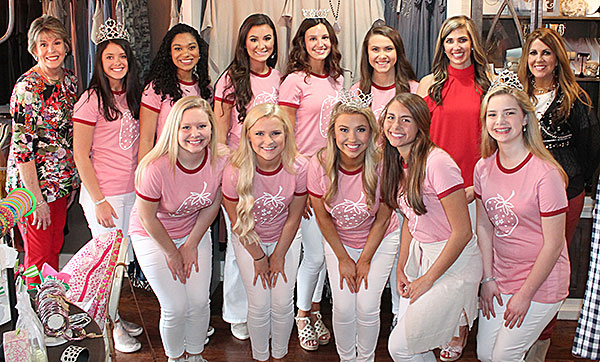 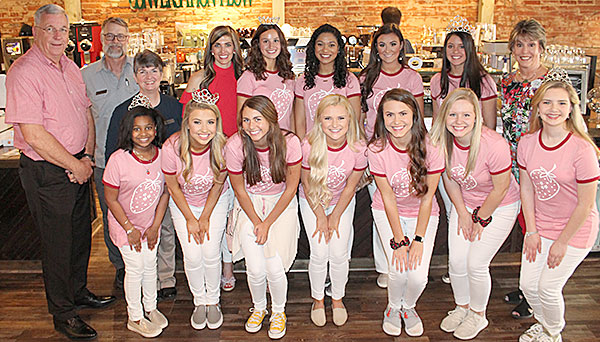 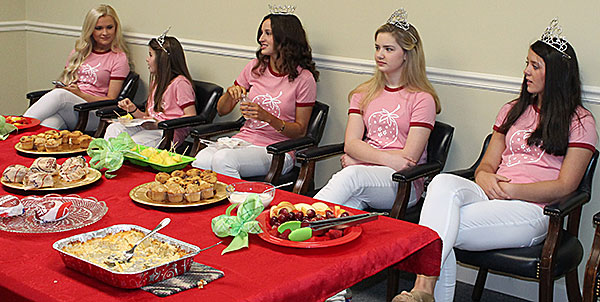 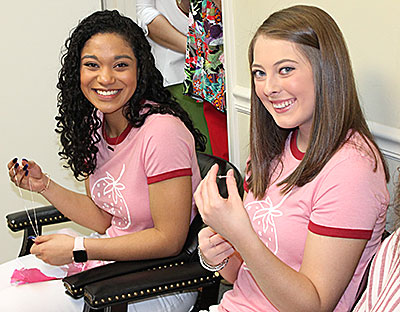 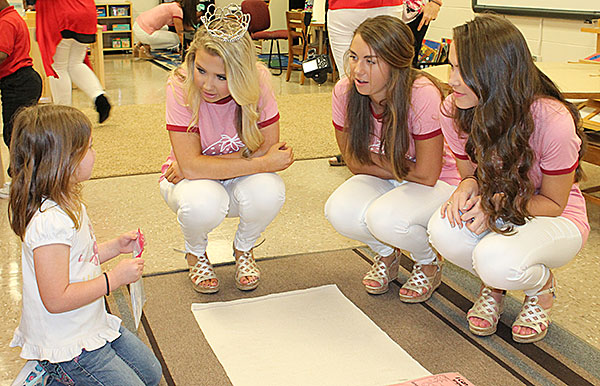 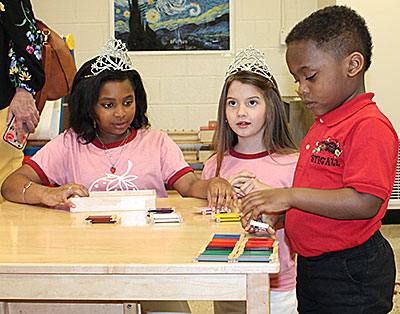 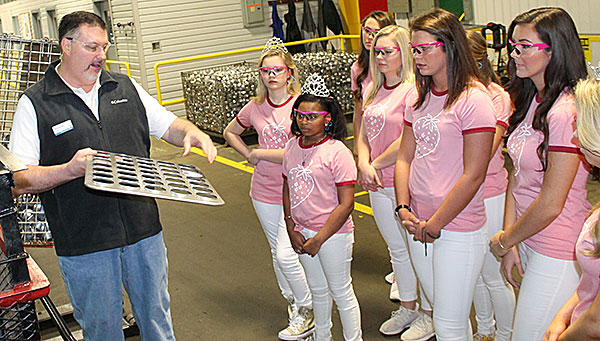 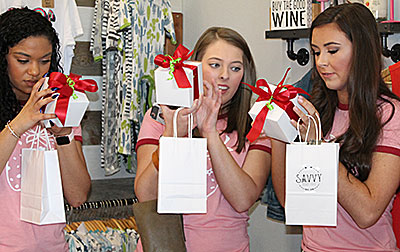 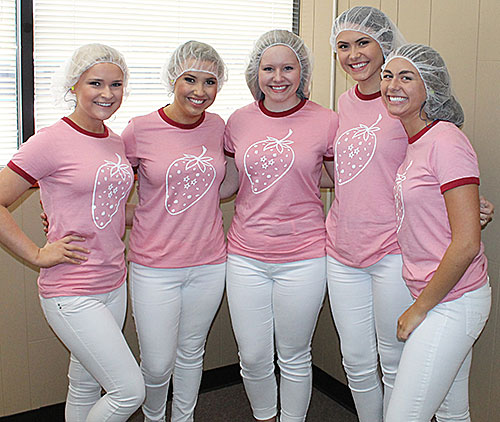 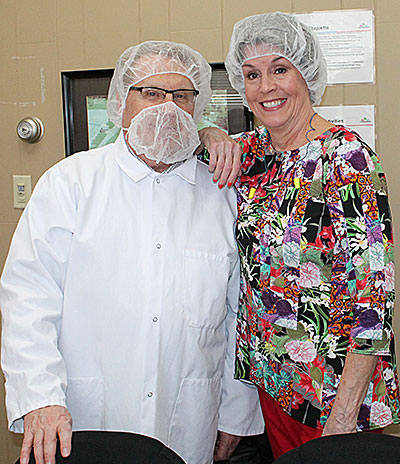 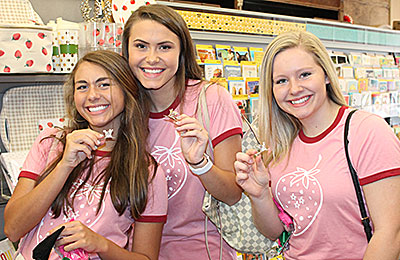 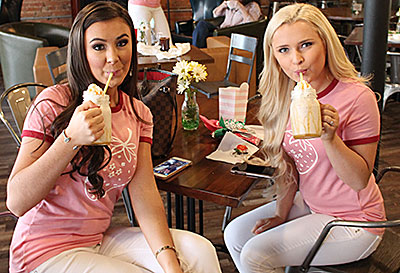 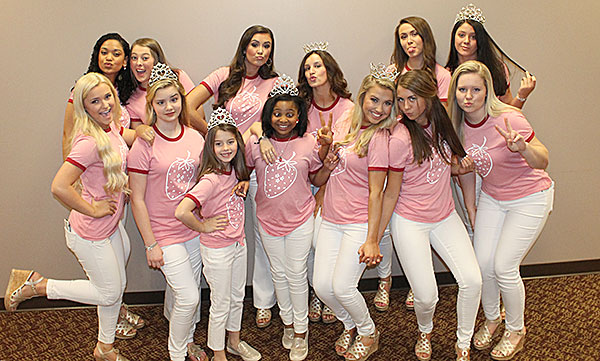