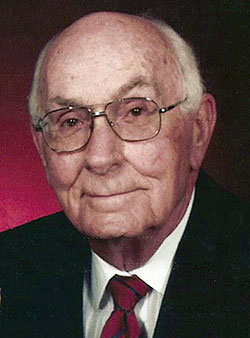 When Paul Simon was writing the song “Fifty Ways to Leave Your Lover”, he probably was not talking about this year’s West Tennessee Strawberry Festival honoree, Gus Hicks, even though it is fitting to ‘hop on the bus Gus’. Hicks was the bus driver for festival events for years and years.

“My first reaction was, no way.” Hicks said during a phone interview from his home in Arizona. “Why me?”

“So many people work behind the scenes,” Caraway said of the festival. “Mr. Gus drove the bus for the City Tours and Goodwill Tours. He drove the queens to the Queens Luncheon. It’s a job that’s overlooked. He has not had the recognition, but he’s very deserving.”

“He drove when Blake was Jr. Host in the late 80s,” Langley recalled when her son was festival royalty. “I think Chelsea made a good selection.”

Hicks was very involved in Humboldt. He served on the Humboldt City Board as an alderman with mayors Tom McCaslin and Marlon Hawks.

“I served with Marlon Hawks,” Hicks said. “One meeting he had one of his ‘Hawks fits’. After he finished, I packed up and told him I wasn’t putting up with this and walked out.”

“I drove three buses for the church,” Hicks recalled. “The first one had a stick shift. The second one wore out. The third one was very good, like a Greyhound.”

Hicks also served his country. He is a veteran of two wars, World War II and Korea.

“I got out of high school in 1945,” Hicks said. “I was trying to decide what college to attend. But I didn’t have to worry about that when I got a letter from President Truman that said, ‘Congratulations, you’re going to serve in the Navy’. I got drafted.”

In 1989, Hicks retired from the savings and loan business. It was during that time where Caraway and her husband, Gary, got to know him.

“He has close ties to my family and to Gary’s family,” Caraway said. “My mom (Lujuana DeBerry) worked for him in banking and finance. She still says he’s her favorite boss.”

“Gary’s family—Big Gary (Caraway’s father-in-law) owned a car lot. Mr. Gus helped him with his finances and was a mentor to him. He would take cars to Nashville and pick up others. He’s so special to both of our families.” 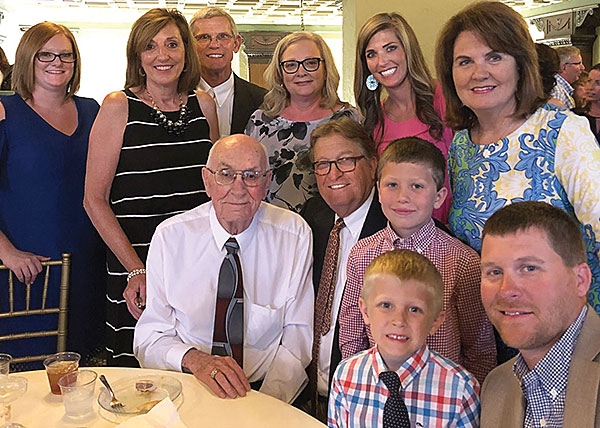 Hicks will depend on his daughter, Jennifer Arnold, to help him get back to Humboldt for the Strawberry Festival. Living in Arizona, Hicks said his health is good but he is about 65-percent blind. Still spry at 91 years of age, Hicks said he will turn 92 a couple of weeks after the festival.

“We don’t get back (to Humboldt) that often, so I want him to enjoy it,” Arnold said. “He’s looking forward to it. Mom (Gus’ late wife, Daire) never missed a Strawberry Festival.”

As a bus driver not that many years ago, Hicks recalled some humorous times. He remembered driving the bus on the Strawberry Festival Goodwill Tour that went to several neighboring cities. Georgann McFarland was president during one of the tours. McFarland worked up a schedule that did not include enough drive time.

“The only reason I quit driving the (church) bus was because the insurance company said they were taking me off,” Hicks remembered another funny story. “John Hale told them, ‘You’ll have to take everyone off because he’s our best driver’,”

Caraway said Hicks was someone that came to mind early on when making her selection for honoree. The close ties to her family and his years of bus driving for festival events made Hicks the perfect choice.

“I want to see my friends I don’t get to see often,” Hicks said during the phone call. “I want to see Gary and Lujuana, my second kids!”