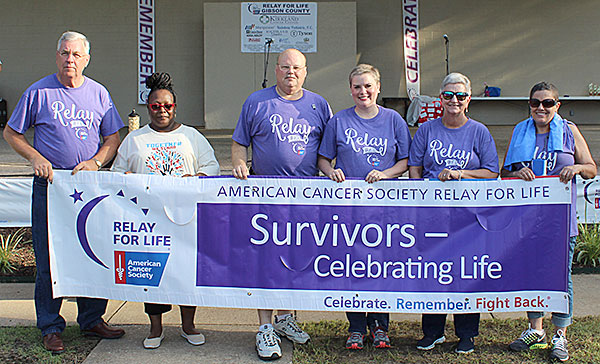 Cancer survivors from all across Gibson County came together Saturday night to support one another in their fight against a dreaded disease that has touched countless lives in Gibson County.

The first annual Gibson County Relay for Life was held Saturday night at the Milan City Park, benefitting the American Cancer Society, and the support has never been stronger. Dozens of survivors stood alongside those that are still battling the disease to give them the strength to help end the battle with cancer once and for all. 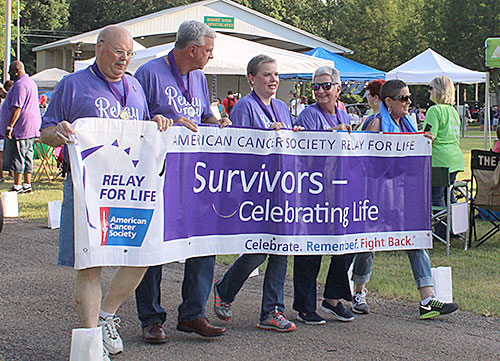 Honorees lead the way of the Survivors Walk.

City and county leaders showed their support as well, sharing stories of how their own lives had been affected by the disease. Gibson County Mayor Tom Witherspoon recounted his mother’s struggle with cancer, even though he was too young at the time to know what was really happening.

“My mom was given six months to live,” Mayor Witherspoon told the crowd. “But we had a miracle. An experimental drug had just been released and the research for that drug was paid for by events just like this. Mom went into remission and went on to live another 35 years. So dig deep, because that dollar you’re about to give may be the dollar that gives a little boy 35 more years with his momma.”

Dozens of cancer survivors participate in the Survivors Walk during Gibson County Relay for Life in Milan Saturday.

However, for every victory over the disease, there are many more losses. Milan Mayor B.W. Beasley shared the story of the loss of his uncle. In 1950, at the young age of 20, his uncle’s life was cut short by an undetected mole, a cancerous growth that, thanks to research, could be treated successfully today. Caregivers lap honors those caring for their loved ones battling cancer.

The hundreds of people in attendance Saturday night each had their own stories; some hopeful, some heartbreaking. But rather than give up, those men, women and children came together to remember their loved ones by raising money and awareness in the hopes that one glorious day, no one will ever have to watch someone they love wither away because of cancer.

Cancer treatments are being researched and developed every day because of events like Relay for Life, and those events give strength not only to those suffering with the disease, but to their families as well. Since 1946, the American Cancer Society has spent more than $4.3 billion in research programs that have extended the lives of cancer patients, and with approximately 37,000 people of all ages likely to be diagnosed with cancer this year, events like Relay for Life are as important as ever. 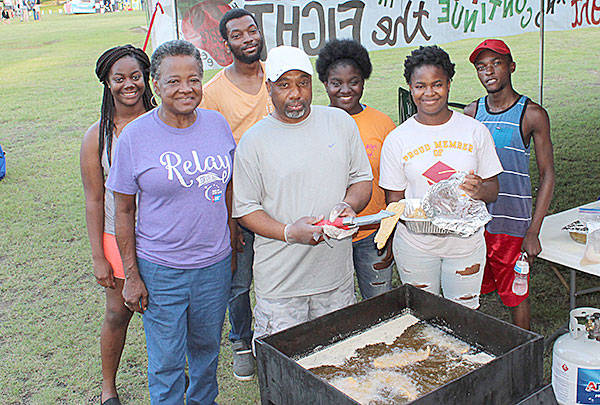 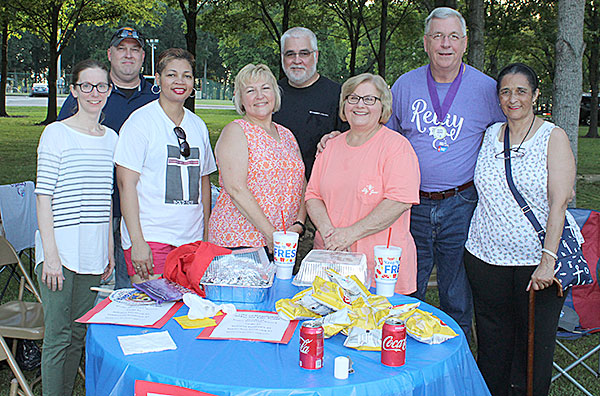 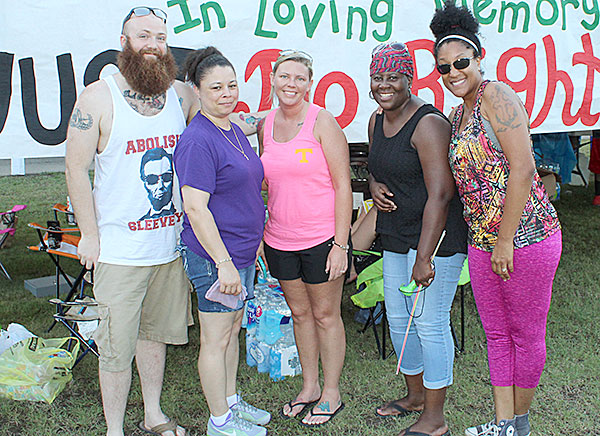