With all the snow and ice that hampered driving in West Tennessee in January, Three Way officials discussed what could be done to help make driving better during the city board meeting last week.

Mayor Larry Sanders told the board he had received a few phone calls from Three Way citizens asking if the city would be clearing off the streets. Currently the city does not have the means to remove the snow and ice. 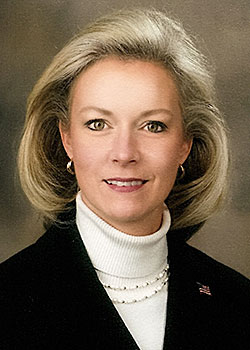 Mayor Sanders said the city salted the intersections connecting to the Hwy 45 Bypass but with the extremely cold temperature, salt was not very effective. 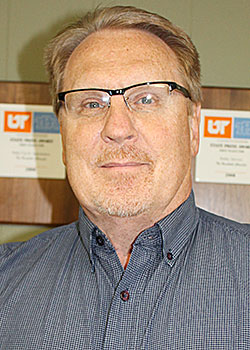 Sanders said he did not receive an overwhelmingly number of calls. He was not sure what the previous administration had done during snow and ice. Aldermen Danny Wade and Mary Ann Tremblay said the city had not cleared the city streets in the past but had salted the intersections.

Sanders said he contacted several surrounding cities to see what they do and none had the ability to plow or clear the city streets.

The mayor said he came up with three options to better clear off the major intersection. First would be to look into hiring a contractor. Second option was to price equipment to fit onto one of the city’s tractors or trucks. The third option was to purchase a small piece of equipment such as a Bobcat that could be used for other purposes, not just cleaning off snow. He added that the city’s big backhoe would do more damage than good if the city attempted to use it to scrape the intersections.

Mayor Sanders said he would look into all three options and report back to the board. It would be up to the board to move forward depending on the costs.

•Another agenda item was discussion of purchasing a storage shed for the city’s big equipment. A storage shed had been discussed over the past several years but no action was every taken.

Mayor Sanders noted the board had approved a shed.

Alderlady Tremblay said it was approved but the plan (design of the shed) kept changing.

Alderman Wade said the original plan was for a three-sided shed, open on the front. That was changed when the previous mayor suggested added a storage room on one end to hold filing cabinets and other items.

The board agreed there is a need for a shed since some of the city’s equipment such as the big dump truck, trailers and other equipment was sitting outside unprotected from the elements. Mayor Sanders also noted that Madison County has given the city the use of a truck and generator to use in emergency situations. Both of those are sitting in the weather.

Wade suggested inquiring about an equipment shed that is larger than needed at the time that would have additional space for future city equipment and not have to add on later.

Sanders said he would look into the project.

•Mayor Sanders attended the bid openings held by Lashlee-Rich. Lashlee-Rich was hired by the city as project manager for constructing a city hall.
Over the past several months, the board had met with Greer Lashlee of Lashlee-Rich and Jev Vaughn of Vaughn Associates architect firm to develop the city hall project. At their last meeting, the board agreed to have Lashlee-Rich put the project out for bid to get a better idea of how much the overall project would cost.

Mayor Sanders told the board there were several contractors that submitted bids attending the meeting. He also said some of those submitting bids did not have representatives at the bid opening.

Sanders said Lashlee will now take the bids, go over them to assure they meet specifications and contact the mayor and board to go over the bids. At that time there will be a dollar amount tagged for the project.

Sanders also noted that if the cost it too high and more than the city could afford at this time, the groundwork for the project has already been completed and could be revisited a few years down the road. The mayor has always said he is not in favor of raising taxes to fund a city hall project.