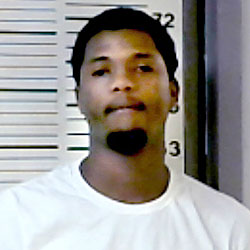 On Thursday, February 8, 2018 at about 6 pm agents with the U.S. Marshals Gulf Coast Regional Fugitive Task Force took Monterio Demarius Ross, a 22-year-old black male from Humboldt, into custody without incident at a local motel.
Ross had outstanding warrants for attempted first degree murder, possession of firearm during a dangerous felony and reckless endangerment. The warrants were the result of a shooting that took place at a convenience store on January 28, 2018 where one subject was shot several times and was transported to a Memphis Hospital in non-life threatening condition.
“The Humboldt Police Department would like to thank the U.S. marshals for their assistance in capturing this fugitive,” Humboldt Police Chief Rob Ellis said.
Ross was transferred to the Gibson County Criminal Complex in Trenton. His bond was set at $225,000.