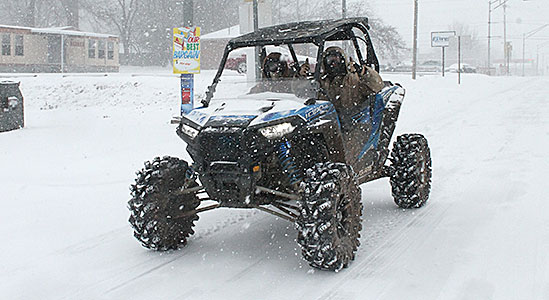 SNOW BUGGY – Wes Parker and Tara Balentine made the most of the snow day last Friday playing in their ATV (snow buggy). Slipping and sliding was par for the course for most vehicles on the streets but these two made it a point to slip and slide in the street. 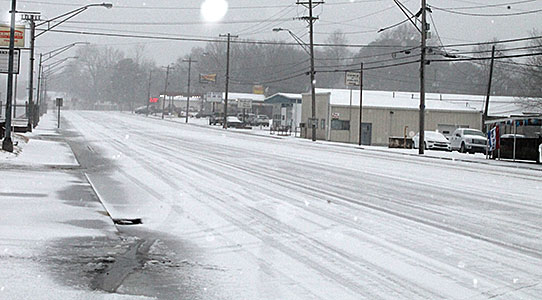 GHOST TOWN – Early Friday morning East End Drive looks like a ghost town with little to no traffic. As the day went on, three inches of snow had accumulated by afternoon. Monday morning, Humboldt streets were still covered in a thick layer of ice.

MAJESTIC CEMETERY – Rose Hill Cemetery looks so serene covered in a blanket of snow. The day before on Thursday, the high temperature was 63-degrees, a 40-degree swing in 24 hours.