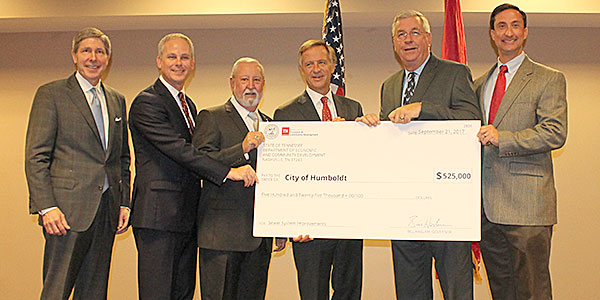 With Tyson Foods taking a permanent residence in Humboldt at the Gibson County Industrial Park, Humboldt Utilities is beefing up their operations. Part of the upgrades will be funded by a $525,000 Economic Development Block Grant.

Humboldt Utilities General Manager Alex Smith said the money will be used to renovate and expand the wastewater treatment plant. The wastewater (sewer) plant is located on S. 3rd Ave.

“We have to expand to get ready for Tyson and any other industry that comes in,” Smith said. “We’ll have room to grow.”

Plans are to scrape the existing plant and build a new facility. The current facility is 50 years old and handles 2.6 million gallons of wastewater per day. It had been expanded and remodeled over the years.

“We’ll use some of the piping and screens (of the existing system) but the majority will be a brand new plant,” Smith explained. “The new system will
be a more efficient style of treatment. New technology will also cut down on odors at the plant.”

Smith said once the system is operational, it can handle 6-million gallons of wastewater per week.

Renovations at the lagoon are part of the upgrade including aeration to keep odors down.

Tyson will have pre-treatment and remove some of the pollutants on-site. Smith said this is common for industries and some in Humboldt have a similar process. This takes a load off Humboldt Utilities’ system, he added. A dedicated sewer line will built to connect to Tyson’s pre-treatment system.

Humboldt Utilities has already received a $1.5 million Economic Development Association federal grant with plans to apply again in early 2018 for an additional $1.5 million to help fund the utility work needed to get the Gibson County Industrial Park prepared.

Much work has already been done. A 10-inch water main has been run to the park. A 69K volt power line that ran through the center of the industrial park was relocated.

Other work coming in the next few months include another water main to feed the park and erect a water tower within the park. Humboldt Utilities water treatment plant will feed the new tower. Smith said improvements at the water treatment plant beside Bailey Park are part of the overall plan. State dollars will be used for infrastructure.

A 6-inch gas line running to the industrial park will be installed. And an electric substation will be added on site to supply all the electricity the park needs.

“This is a tremendous job,” Smith said of all the upgrades, renovations and new expansion. “Much of the work will be contracted out.”

The utility company could be looking at adding to its own workforce with the added workload the Tyson plant will create.

Even with all this work, Smith expects everything to be ready as the Tyson plant construction is underway.

“It’s a huge undertaking,” Smith said of the entire utility project. “But we’re up to the task. 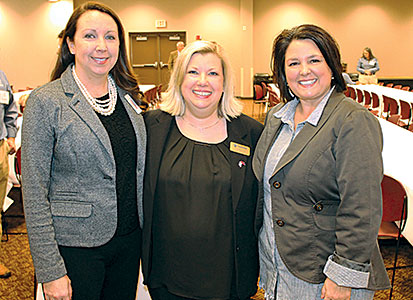