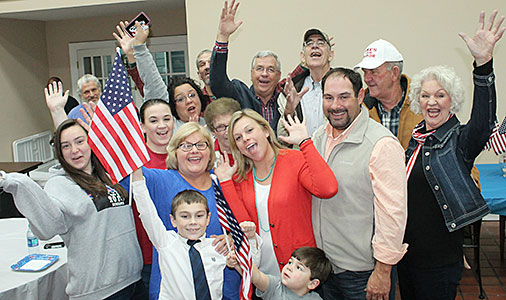 FAMILY CELEBRATION – Humboldt Mayor Marvin Sikes (back, center) had plenty of support from his family last Tuesday night as election returns were coming in. Sikes hosted an election night get-together attended by dozens and dozens of his supporters. His family celebrates shortly after it was announcd Sikes had won his re-election bid as mayor of Humboldt.

Humboldt voters spoke loud and clear when they took to the polls last Tuesday. Mayor Marvin Sikes was re-elected by a landslide.

Mayor Sikes, seeking a second term, campaigned on keeping the momentum and progress moving forward. And 75-percent of the voters agreed.
Sikes was challenged by businesswoman, Tammie Porter.

The Humboldt City Board will look exactly the same with all five candidates being re-elected. Four of the five contestants, Donna Johnson, Leon McNeal, Bob Pruett and Don Graves, were unopposed in their respective wards.

Four of the five school board seats were up for grabs. Two newcomers, Lori Coleman and Valeria Smith-Wedley, unseated the incumbents.

CELEBRATORY KISS – As Humboldt Mayor Marvin Sikes reads the final results from the mayor’s race on election night, his wife, Carol, is by his side celebrating the victory. The mayor and first lady share a celebratory kiss as the crowd erupts with applause. Sikes garnered 75-percent of the votes and will serve a second 4-year term leading Humboldt.

Coleman ran away with the race, garnering 77-percent of the votes over Ward 3 incumbent, Phillip Hardee. 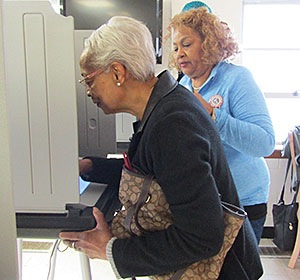 In Ward 1, three candidates were in competition for the school board seat. Incumbent Terry Johnson received the most votes but did not obtain the amount of votes needed to win the race, 50-percent plus one vote. Contenders, Thomas “Red” Porter finished second in the 3-man race with Bobby Barnett coming in a distant third. Johnson and Porter will faceoff in a run-off election on December 19.

Unofficial results from the Nov. 7 elections 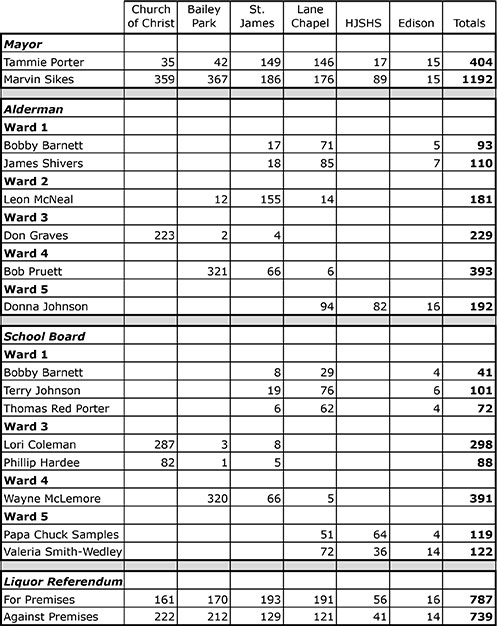