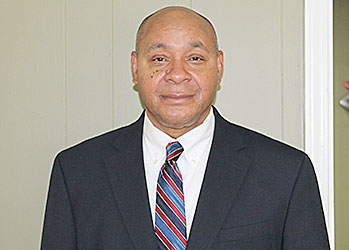 Terry Johnson officially announced this week he is seeking re-election for the Ward 1 Humboldt School Board seat.
Johnson was first elected to the position in 2013. While on the board, he served as chairman two years and is currently vice-chair.
Johnson graduated from Humboldt High School in 1973 and has lived in Humboldt almost all of his life.
He and his wife, Annie Johnson, were married in 1983. They a daughter, Terrika Johnson-Kenton and son-in-law Carl, and two sons, Terry Johnson Jr. and Tyler Matthew Johnson. He is the grandfather to twins, Carter and Cason Kenton.
Johnson works for Kellogg’s in Jackson as electrical and instrumentation technician and attends church at Worthan Chapel in Alamo.
Johnson said he is most proud of the board’s decision to approve the $4.5 million renovations at Stigall Primary School and Humboldt Jr./Sr. High School.
“I would appreciate your vote,” Johnson said.