BALLOON RELEASE – Cancer survivors, caregivers and family members participated in the Survivor/Caregiver Walk Friday at Humboldt’s Relay for Life. At the end of the lap, everyone gathered in front of the stage and release purple and white balloons.

The threat of storms and rain may have hampered the numbers at Humboldt’s Relay for Life last Friday night, but it didn’t hamper the feeling of community and unity during the festive event.
Co-chairs Mitzie Privitt and Julie Moore, and a strong team of volunteers led this year’s Relay for Life that included several teams and campsites, lots of great food, fun and games, and loads of entertainment.
Relay is a time to celebrate cancer survivors while remembering those who lost the battle to cancer. It also honors the caregivers who play a vital role for cancer patients.
This year there were two honorees. Diane Glenn was posthumous honoree. Glenn passed away in early 2016 from ovarian cancer and complications from the disease.
Her husband, Fred Glenn, along with her daughter, Tiffany Glenn, and niece, Yasmine Sowell, spoke about their loved one shortly after leading the Survivor/Caregiver Walk. It was a touching moment that validated why Relay for Life is so important.
Junior honoree, Elaina Smith, was unable to attend Friday’s ceremony. Privitt said she had been in the hospital again.
The purpose for Relay for Life is to raise funds for the American Cancer Society to help find a cure for cancer and to help out families in need. Relay is also a support group within the community to celebrate the lives of those who fought cancer and won, while remembering those who were not as lucky.
As the Glenn family led the group of dozens and dozens of participants in the Survivor/Caregiver Walk, many carried purple and white balloons. After the lap, the groups gathered in front of the stage for the countdown to the balloon release. The crowd stood and cheered as the balloons ascended into the sky.
There was plenty of good food for sale at several campsites including pork tenderloin sandwiches, grilled burgers and dogs, barbecue chicken, and many other tasty treats.
Live music on the stage continued throughout the evening and into the night. Games were played in the Bailey Park building as well as at the stage area. Dance performances and musical skits on the stage entertained the crowd. There were several specialty laps with various fun themes.
Relay for Life was another success due to the leadership committee of volunteers, the teams, the campsites, the sponsors and everyone who played a role including those who simply attended to have a great time.

SURVIVOR/CAREGIVER WALK – Family members of the late Diane Glenn lead the Survivor/Caregiver Walk during Relay for Life last Friday evening at Bailey Park. Glenn was selected as posthumous honoree, along with Elaina Smith as junior honoree for this year’s event.

HULA DANCERS – These hula dancers from Bonnie’s School of Dance Relay for Life team performed a choreographed dance skit at this past Friday night. 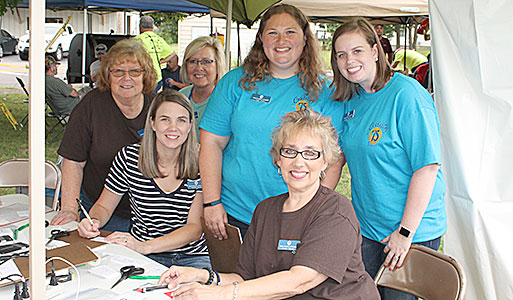 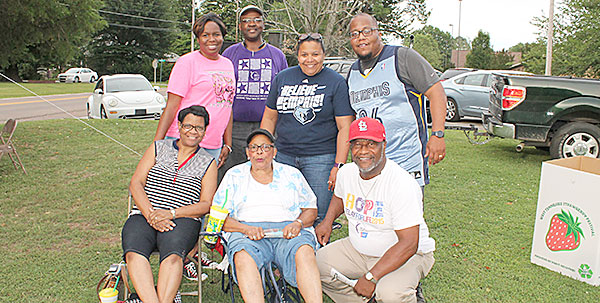 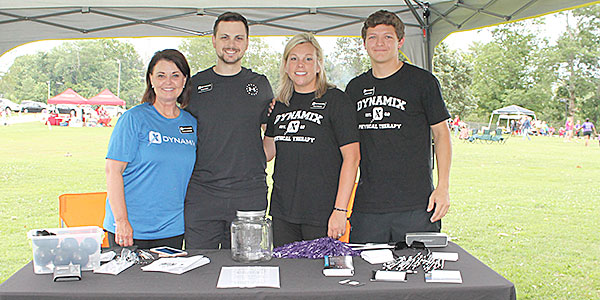 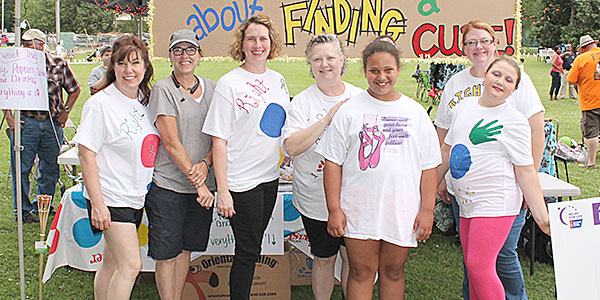