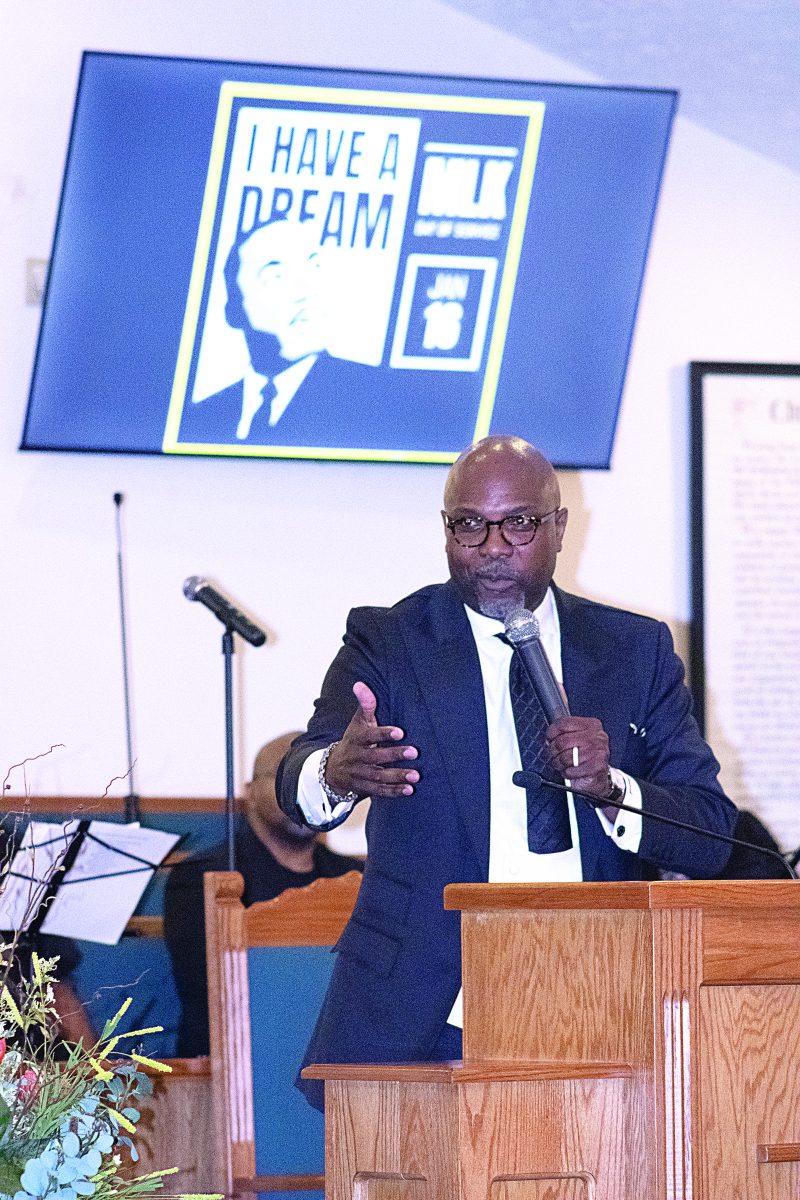 SPEAKING ABOUT TOMORROW – Pastor Arthur Hannah presents a sermon entitled “What Does our Future Hold?” during the MLK Day celebration at First Baptist Church North in Trenton on Monday afternoon, Jan. 16. Photo by Michele Hughey.

The Trenton community celebrated the life, achievements and legacy of Martin Luther King Jr. Monday, Jan. 16, with two programs formed around the theme “What Does our Future Hold?”
The event started at 10 a.m. at Gibson County Courthouse with a short program that ended with a young boy named Aiden Glenn receiving the Proclamation of Martin Luther King Jr. Day from Trenton Mayor Tony Burriss. The gathered crowd then lined up in a car parade due to rainy weather to First Baptist Church North to further the celebration.
The church program was a reflection of Dr. King’s teachings and his life’s work. The program began with the Male Chorus from Mt. Orange Baptist Church singing several songs, followed by a short welcome from Teonisha Hill of First Baptist Church North.
“Today we are celebrating Martin Luther King Day, so sit back, relax and enjoy the program,” Hill said.
Mayor Tony Burriss shared a greeting from the city centered around truth. Mayor Burriss talked about truth in the world today as a slippery word with everyone having their own interpretation of the truth. He referenced how Dr. King shared his truth and it cost him his life. But Dr. King’s truth is becoming more and more relevant with each passing day and year.
“Dr. King believed as the Bible tells us that everyone is the same at the foot of the cross, and in so believing everyone is equal in the eyes of God,” Burriss said. “And should be equal in the eyes of mankind.”
The mayor shared that the world has come a long way since Dr. King shared his vision, but that path still has a long way to go before it is completed. But he shared his optimistic viewpoint that Dr. King would be happy that the community had gathered to celebrate not only his life, but his vision.
“I think if Dr. King was here, he would be happy we were here as a community knowing that prejudice and hate have no place in our world,” Mayor Burriss said.
He called for the end of violence, equality, and to keep Dr. King’s dream of truth alive. Mayor Burriss’ greeting was followed by Sydney Watson of First Baptist Church playing several rousing tunes on the keyboard 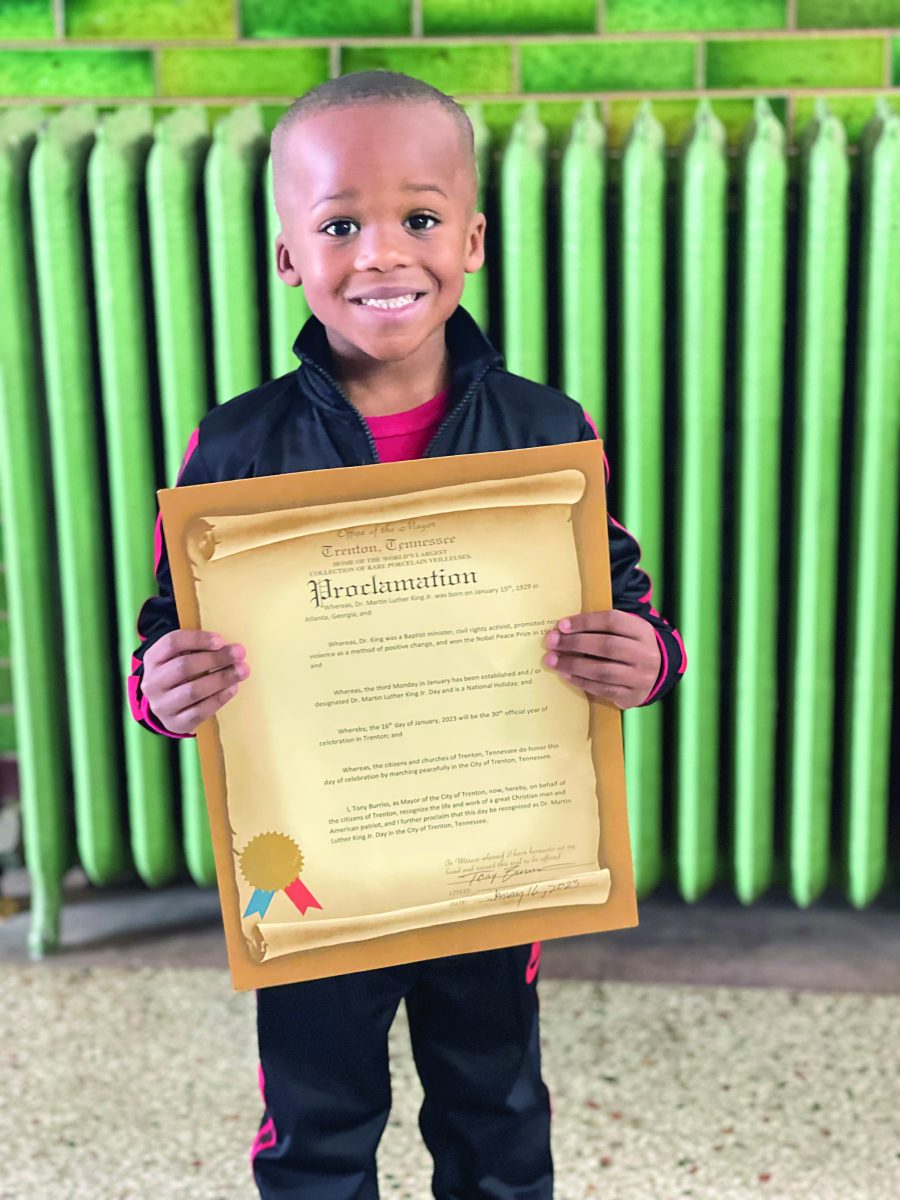 causing a standing ovation from the crowd.
Dr. Martin Luther King Jr. was a guest speaker during the program, with his most iconic speech “I have a Dream” shared on a recording. The speech was a reminder to the gathered crowd of his call for civil and economic rights and an end to racism in the United States.
Trenton’s Police Chief Bill Cusson gave a short speech to the crowd about inclusion within the community and how it defines each citizen as a whole.
“People should not be judged by the color of their skin, but instead by the content of their character,” Cusson said. “Each person in our community regardless of age, gender or religious beliefs deserves to be treated with respect and without bias.”
The sermon was presented by Pastor Arthur Hannah of St. John #1 in Denmark, TN. He took the crowd on a journey through the theme of “What Does our Future Hold.” Pastor Hannah’s sermon reflected on how we must get ready for tomorrow, today. He explained that by leaving behind our bondage of our past life one can move forward into what today’s future holds. However, one still needs to remember what we have gone through to get to this point so we do not repeat our mistakes.
“We need to start seeing things, and doing things,” Hannah said. “To have a tomorrow we need to understand we will face crisis, but it’s how you act through the crisis that determines your tomorrow. Tomorrow is coming to make us better.”
The event closed with a recognition of city officials and a vote of thanks to the community.