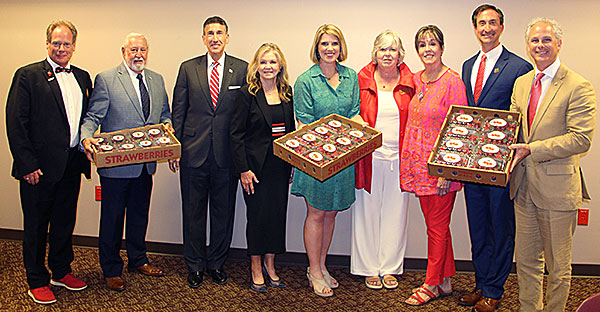 HOMEGROWN GIFTS – Toward the end of the Governor’s Luncheon, it is customary to present the governor with a flat of West Tennessee strawberries. Since Governor Bill Lee was unable to attend, the committee presented several flats of strawberries to other dignitaries in attendance. Among those presenting and accepting the ripe red berries are (from left) Strawberry Festival General Chairman Shane Lynch, State Representative Curtis Halford, Congressman David Kustoff, U.S. Senator Marsha Blackburn, keynote speaker and state COO Brandon Gibson, Festival President Sherry Jo Smith, past Festival President Betty Allen Langley, Governor’s Luncheon Chairman Alex Smith and State Senator John Stevens. Since Langley served two years as president due to covid, yet was unable to host a Governor’s Luncheon, President Smith wanted to make sure Langley was recognized and had the opportunity to participate in the luncheon festivities. 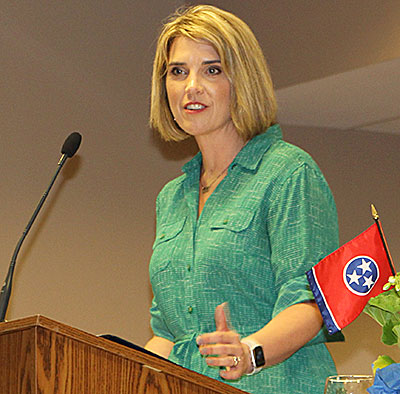 KEYNOTE SPEAKER – State of Tennessee Chief Operating Officer Brandon Gibson was the keynote speaker of the Strawberry Festival Governor’s Luncheon. Gibson filled in for Governor Bill Lee, who attended the parade but was whisked off to attend his nephew’s graduation at Tennessee Tech. Gibson is a native West Tennessean and calls Crockett County her home. As COO, Gibson is over 23 state departments in Nashville. Gibson said the Strawberry Festival truly shows the spirit and heart that makes Tennessee such a great place to live. 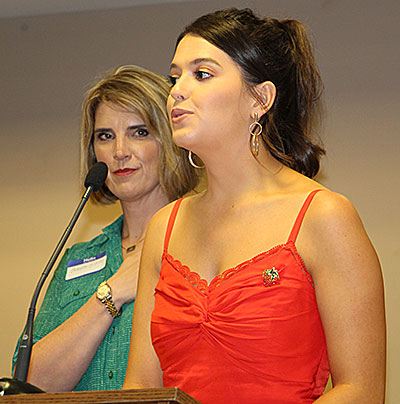 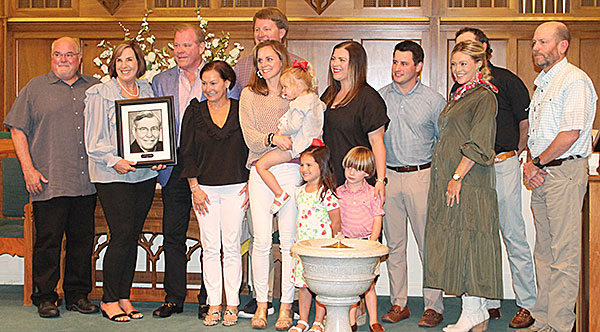 Georgann McFarland (second from left) and Ricky King (third from left) and their families gathered to honor their father, the late Curtis King during his induction in the Humboldt Hall of Fame. 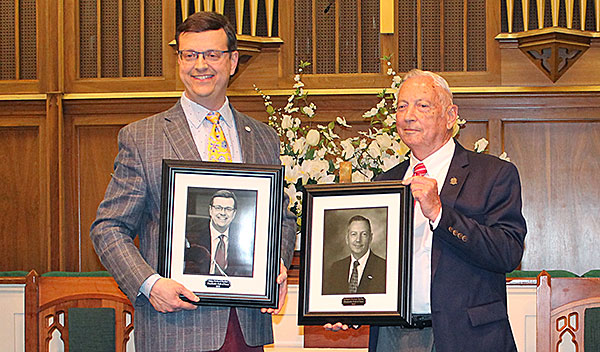 For the first time ever, a father and son were inducted into the Humboldt Hall of Fame during the same ceremony. Dr. John Barker (left photo, left) and his dad, Mike Barker, were both honored during Strawberry Festival week. 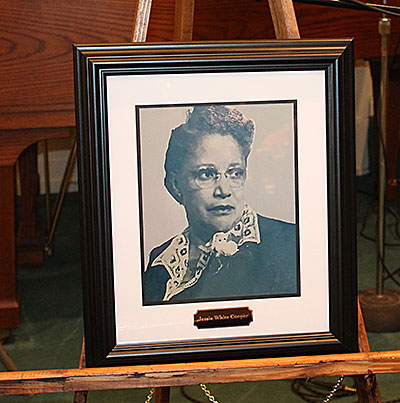 With no family remaining for Humboldt Hall of Fame inductee, this portrait of Jessie White Cooper was on display during induction ceremonies 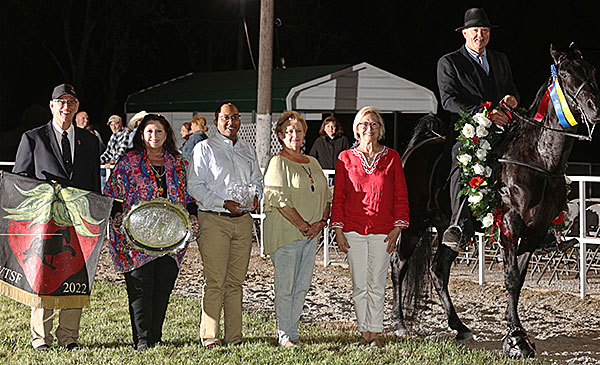 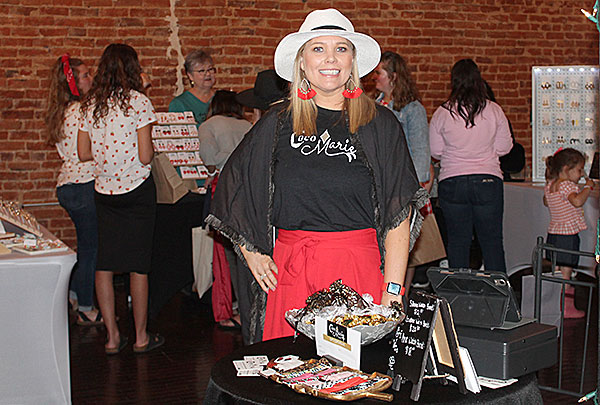 The Strawberry Market was a shoppers’ paradise on Friday and Saturday. 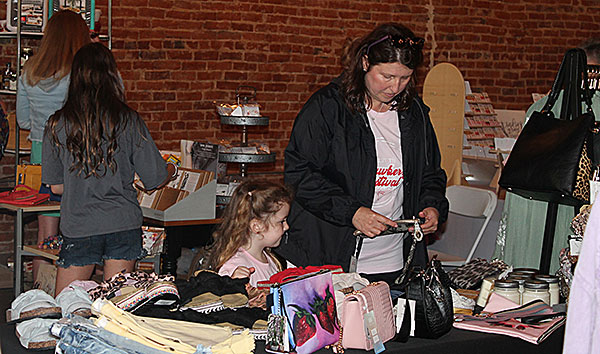