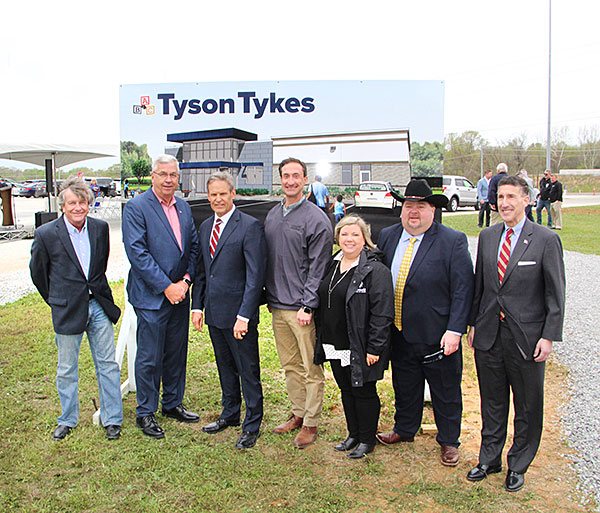 “Promises made, promises kept,” are the words Gibson County Mayor Tom Witherspoon said as he took the 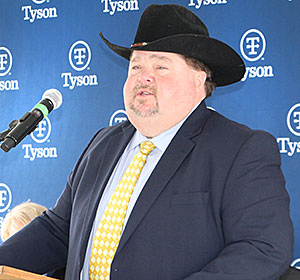 podium last Wednesday in the Gibson County Industrial Park during a ground-breaking ceremony for Tyson Food’s newest venture. Tyson Tykes will be a childcare and learning center to be constructed directly across the street from the Tyson processing plant. 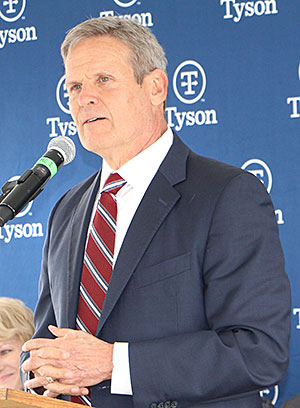 Gov. Lee described a number of areas across the nation as a “childcare desert” and noted Tennessee has its fair share as well. He praised Tyson’s innovative thinking by offering childcare service for their team members.

“It’s a win for Tyson; it’s a win for the employees; and frankly, this will be a model for larger employers, not only in West Tennessee, but across the nation,” said Rep. Kustoff. 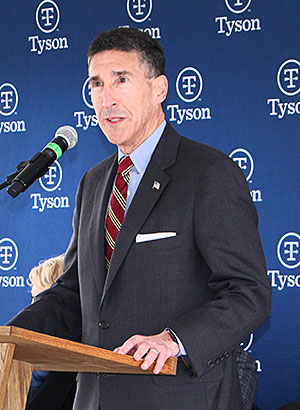 The projected cost of the Tyson Tykes childcare and learning center comes in at $3.5-million and is expected to open in 2023. The center will have a capacity of up to 100 children, ages five and under. It can only be used for Tyson employees and will not be open to the community.

Tyson Tykes is a pilot program for the industry giant. This is Tyson’s second investment in childcare in less than a year. In 2021, the company awarded nearly $400,000 to the Wesley Community Center and Maverick Boys and Girls Club of Amarillo to refurbish their facilities to accommodate the children of Tyson team members employed at the company’s Amarillo beef plant, according to a press release from Tyson.

Tyson Tykes will partner with KinderCare to run the day-to-day operations once opened. A portion of the employee cost will be subsidized by Tyson. The amount will be determined by the team member’s hourly pay.

“This is an important day for our company and our team members in Humboldt,” said David Bray, group president of Poultry for Tyson Foods. “We constantly strive to be the most sought-after place to work and are achieving that goal by listening to and supporting our team members, ensuring they have the right tools to be successful.”

According to the press release, a study by Child Care Aware states the national average cost of care for one child in a center amounts to about $12,300 per year in 2020, a staggering 214-percent increase since 1990 and more than half the federal poverty level for a family of three. Research also shows children enrolled in early childhood education programs have greater high school graduation rates, increased IQ scores, higher career earnings and are less likely to commit a crime as they enter adulthood.

“As we’ve all learned during the past two years, working parents need access to early education and care for their children in order to fully participate in the workforce,” said Dan Figurski, president of KinderCare Education At Work. “That’s why we’re excited to work with forward-thinking employers like Tyson to provide affordable, high-quality childcare for their workers. Tyson recognizes the value and support childcare provides Humboldt employees. We can’t wait to open the doors to Tyson Tykes in 2023 and give Tyson families peace of mind knowing their children are learning and growing right next door.”

In November of 2017, the big announcement was made that Tyson has selected the Gibson County Industrial Park in Humboldt as the new location for a poultry plant with expectations of bringing in 1,500 new jobs to Humboldt, Gibson County and West Tennessee.

“This is a historic day for Humboldt and Gibson County,” Mayor Sikes said during the announcement. “Tyson Foods’ tremendous capital investment and job creation will have a long-lasting, positive impact in our community for years to come. I could not be more excited, and I want to thank Tyson Foods for their commitment to our city and county.”

Now, the Tyson complex includes the processing plant, hatchery and feed mill. Tyson Tykes will become the fourth piece of the massive footprint Tyson has made in Gibson County. As of last week, the complex has close to 1,250 team members working with the projected goal of 1,500. 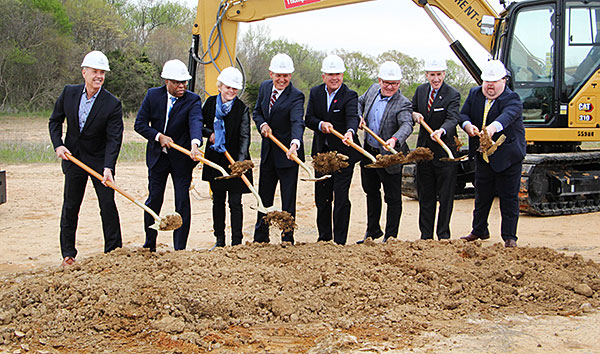 BREAKING GROUND – Representatives from Tyson Foods, and state and county officials fling shovel loads of dirt, marking the beginning of Tyson Tykes childcare and learning center. The $3.5-million project is set to open in 2023 and can accommodate up to 100 children of Tyson staff members.