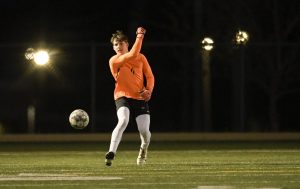 Milan (11-7) at Peabody (8-6) Baseball (6:30 p.m., Tuesday): While Peabody has won six of its last eight games, this will be a tough task for the Golden Tide. Milan is playing well right now as the Bulldogs beat teams like Gibson County, Lexington and University School of Jackson last week.

Gibson County (8-9) at Peabody (8-6) Baseball (6 p.m., Friday): A third game this week against a county opponent for the Golden Tide. This will be a good test for both teams to see where the pitching depth is as the second half of the season begins.

Union City (10-5, 0-2 12-2A) at Milan (4-8, 0-3) Softball (10 a.m., Friday): Could this be the game where the Lady Bulldogs pick up their first District 12-2A win? Milan started last week with a 10-1 victory over Dyersburg, and that is the type of hitting that the team needs in this one. Union City has only played one game in the last eight days with the school being on Spring Break and that was Friday against Dresden.