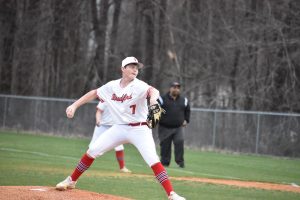 Week 1 was a good week to kick off the spring season. But now it is time for some bigger games to happen as district contests begin.

So here are the top five games of Week 2:

Bradford (1-4) at South Fulton (0-3) baseball (4:30 p.m., Monday): This is the first District 13-1A contest for both teams, and it has turned into a doubleheader due to predicted rain on Tuesday. South Fulton represented West Tennessee in the Class A state tournament last season, but the Red Devils graduated a large portion of that team. If Bradford is looking to prove it is ready to win a district title, a win here would be a big statement.

Milan (1-2) at South Gibson (4-0) baseball (6:30 p.m., Monday): The Bulldogs are back to full strength after Easton Yates and Gabe Scott were playing for the Milan basketball team in the state tournament last week. South Gibson came out hitting the ball well in the first week of the season, but can that continue into Week 2?

South Gibson (1-0) at TCA (0-1) boys soccer (5 p.m., Thursday): The Hornets opened the season with a 4-1 win over Chester County. But this week, they play University School of Jackson on Tuesday before this one. South Gibson is looking to play tough competition to be ready to make another postseason run.

Milan (1-2) at TCA (1-4) baseball (6:30 p.m., Thursday): The Lions are loaded with NCAA Division I talent with Harrison Freeman (MTSU) and Griffin Graves (Auburn), so this will be a tough test for Milan’s arsenal of pitchers. Staying ahead in counts will be crucial.

Bradford (1-1) at Peabody (0-2) softball (5 p.m. Friday): These two Gibson County teams love a rivalry game, and this is a good one for both teams in the second week of the season. Both teams are in Region 7-1A, and both would love the chance to play in the region semifinals. But that is going to start with improvement early in the season.