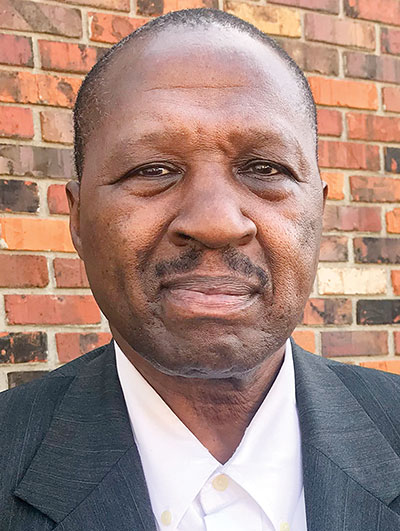 The 1950s were a time when a lot was happening in America. It was a decade marked by the post World War II. It was also the dawn of the Cold War and the beginning of the Civil Rights Movement in the United States.

In the midst of everything going on in the world, a little boy named Frank Thomas was born on December 29, 1950. His parents, Eddie B. Thomas and Gracie Yarbrough Thomas, were overjoyed to have him in their lives. Thomas’ father worked hard to be an example for him as a young child and encouraged him to always do his best. His father started his educational journey at Stigall but had to drop out to take care of the family. His dad was determined to push young Thomas in the direction to receive an education so he can know better, do better and provide more for his family.

Thomas attended Stigall Elementary School and later Stigall High School. After graduation, he continued his educational journey and attended Lane College in Jackson, Tenn., University of Tennessee at Martin and Memphis State University, while earning his bachelor’s and master’s degrees in education. Thomas attend Walden University where he received his PhD.

Thomas is married to Gwendolyn Thomas, a native of Humboldt. Together they share the love of educating others. He began his teaching career in 1972.

Thomas, a member of Alpha Phi Alpha Fraternity, Inc., gets joy in giving back to his community. He has contributed his expertise in the writing of grants for adults and youth programs at no cost. He has helped so many students with financial aid education and in applying for aid.

“Black history is a reflection of our history, giving homage and commemoration of African Americans,” said Dr. Thomas. “We reflect on the struggles, death, inhumane treatment our ancestors received. We honor their trust in God and their drive to keep moving.”

Thomas recalled how businesses in the African American community were successful and prosperous. People were just happy with life, reverenced God and were respectful. One thing that stood out from the teachings of his parents and other significant people of the community was to be, “Twice as good as your competitor.” He further explained the meaning of this saying when he talked about certain factors can be hindrances in your life.

“Factors can hinder you and pull you down,” said Thomas. “Stand out and be chosen.”

Thomas was inspired by his father but was also influenced by many great black achievers such as Booker T. Washington, an educator at Tuskegee, Bishop Isaac Lane, founder of Lane College, Barak Obama, the first African American president of the United States of America and many others. These men helped him to make informed decisions that would positively affect his community.

Thomas currently teaches at the Humboldt Jr./Sr. High School and his inspirational words for the youth of today is, “Study, achieve and be somebody. Do not allow things to degrade you and women.”

Thomas loves his family. His children, Andre, Frank Jr. and Teresa, and his wife were supportive while he continued his educational endeavors.

He received an award as Walt Disney Teacher of the Year and remains active with the NAACP and TEA, and helps with voting rights and housing.

Thomas is a member of William’s Chapel Baptist Church under the leadership of Pastor William Lee Johnson. He serves as deacon at the church.

“Parents, the time is now to correct your children,” said Thomas. “There is no time when they are at the ER or funeral home. Children today are intelligent but some have bad attitudes. Knowledge is power.”

When Thomas is not busy in the community helping, he enjoys singing and was in a quartet group once. After retiring twice, he continued teaching because he believes it is his duty to give back to his community. Thomas is a role model to young men. He is a man of courage who has blazed the trail of education while honoring his roots.