After 7-plus years, Blankenship steps down as Library Foundation president 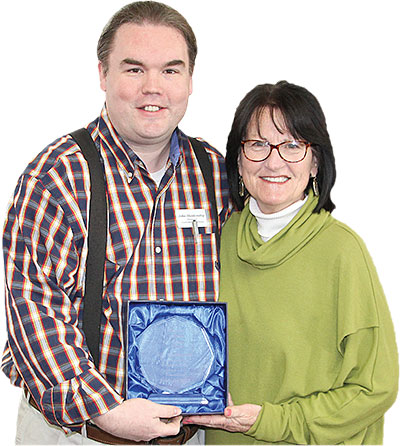 Letting go of something near and dear to the heart is one of the hardest things anyone can do. This is the case with Elna Blankenship. Blankenship has been president of the Humboldt Public Library Foundation for over seven years. Last week was her final meeting.

The library foundation is a 501(c) 3 nonprofit that raises funds to help support the Humboldt Public Library. It was created in 2013 after another library support organization, Friends of the Library, realized their fundraising capabilities were being harnessed in the amount they could raise and those donations were not tax deductible.

“The Library Foundation formed in 2014,” Blankenship recalled. “Marvin Sikes was the first president of the board of trustees. I was invited to join and after we got non-profit status, I was elected president soon after.”

Blankenship said the foundation’s driving force was to expand the library. The board knew Humboldt was on the move with Tyson announcing they were bringing 1,600 jobs to the area. The library needed to prepare for an expansion. The expansion plan was to construct a new children’s library and restrooms, and utilize the existing children’s library for other needs.

“It’s bitter sweet,” Blankenship said of stepping down as board president. “Being foundation president—it wasn’t me, it was we. I’m proud to be a part of such a great group of people. I did the job with pride and got satisfaction knowing I was doing my very best, with honesty and integrity.”

As hard as it was to step down, Blankenship knew it was time. She has been dealing with some personal health issues and some family concerns as well.

“Elna Blankenship has been the driving force of the Humboldt Library Foundation for many years,” said foundation board member Dr. Carolyn Stewart. “Her dedication to the library and our community will be long remembered by those who worked with her and those who will enjoy the fruits of her labor.”

“We appreciate Elna’s great leadership in promoting the expansion of the Humboldt Public Library,” board member Mike Barker stated. “Her untiring efforts have made the project ready to move forward to completion.”

“We will certainly miss Elna’s leadership,” said board member Janeice Frisbee. “She is very dedicated and always gives her all. I feel honored to have served with her.”

“Elna Blankenship and I have known each other since our college days at UTM,” foundation board member Betty Langley said. “Who would have ever thought we would be working together on such a worthwhile project as the Humboldt Children’s Library. Elna is selfless and has worked so hard on this project. I appreciate everything she has done and will continue to do in our community. We will miss her dedication and commitment, and I know we will call her often for her expertise related to the Humboldt Public Library.”

“There are numerous people in Humboldt who give of themselves to help our community maybe once or twice,” said board member Thomas Raines.

“We have one who has given many years of her life to Humboldt and to the Humboldt Public Library. She has spearheaded the drive to add to the services provided by the library. Elna has given her time, leadership and money to lead this project so the citizens and young people of Humboldt can have an enlarged library full of more learning opportunities. Way to go, Elna.”

Comments like these are what some here in the south might call, “proof is in the pudding” as for the type of person and leader Blankenship was for the foundation and the community. 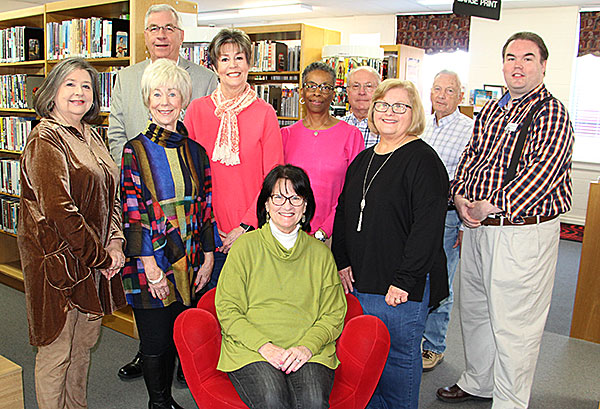 “The best part of leading the foundation is easy. I’ve developed wonderful relationships with some of the finest people in Humboldt,” she said. “I’ve established lasting friendships through the foundation’s activities. I’ve gotten to get to know members of the community—industrial, corporate, religious leaders in our community.”

Under her leadership, foundation donations began rolling in for the children’s library. With an estimate cost of over $300,000 to raise, their goal kept getting closer and closer to a reality.

“It’s hard asking people to donate, no matter how worthy the cause,” Blankenship noted. “It has been a struggle but so many people have come through.”

With the finish line almost in sight, the pandemic hit. Donations began to slow down. At the same time, construction materials began to skyrocket.

“The toughest moment as foundation president, other than my decision to resign, was the struggle of watching the rising costs of building material, knowing how much the children’s library was projected to cost and now wondering how much extra it will cost,” Blankenship said as she held back the tears. “I struggle with that. I’ve lost sleep at night over that.”

As Blankenship steps down, she leaves some words of wisdom to her successor, “Be proud and support the library staff for all the work they do for the community. Treat every board member with respect and dignity. Consider situations and offer your opinion but let the board decide what is best. Continue the quest for the new Children’s Library. Remember, you are the face of the Library Foundation in the community.”

These are strong words that can translate into any organization’s work environment.

Even though her “job” with the foundation board has ended, Blankenship will still be involved with the Humboldt Public Library. She is still chair the City of Humboldt Library Board. Plus she wants to see the fruits of her labor when the “That’s My Brick” project that raised enough money to create a handicap entrance at the rear entrance of the library that faces Burrow St. comes to fruition.

“Knowing we are doing something good and helping others gives me joy and satisfaction,” Blankenship added. “It’s been a joy working with the library staffs over the years. I take pride in the progress we’ve made. Knowing the foundation’s good work will continue—that’s dear to my heart.”