The Humboldt City Board held their final meeting of the year last week. For aldermen James Shivers and Bob Pruett, this was their last board meeting since both decided not to seek re-election.

This may have been Leon McNeal’s last meeting as well. McNeal is in a runoff election along with challenger Lenford Carr. In the November election, Carr received 56 votes to McNeal’s 54 votes for the Ward 2 alderman position. Yahweh Yahweh Yahweh also ran for the seat and received 13 votes. Since no one received 50-percent plus one vote, the top two must have a runoff, according to Humboldt’s city charter.

The runoff election was Tuesday, December 21. Results were not available at press time.

Even with a rather long agenda for the December 13 meeting, the board made quick work and breezed through it in 30 minutes. Prior to the board meeting, a public hearing was held at 5 p.m. for three ordinances, all dealing with city code updates.

At the beginning of the board meeting, Mayor Marvin Sikes motioned with his hand toward the empty seat at the end of the board table where the late Don Graves sat for the past eight years. Graves passed away before the election. He had qualified to run again for the third term.

“I’d like to recognize Alderman Graves and how much we appreciate his service,” Mayor Sikes said. “At times it was up and at times it was down, but in the end, we all came together. We did wonderful business for this city.”

Mayor Sikes praised the board and said he doubts there is a city in the state that has done what Humboldt has preparing for Tyson. Hundreds of millions of dollars went into the utilities alone, all had to be approved by the city board.

The next order of business was to approve the resignation of Sgt. Justin Yarbrough from the Humboldt Police Department. In the resignation letter Yarbrough sent to Police Chief Reynard Buchanan, Yarbrough said he appreciated the opportunities given to him as a Humboldt police officer and as a supervisor. He wished the department the best of luck and hope it continues to grow and be successful.

The board unanimously accepted Yarbrough’s resignation.

With a vacant position in the police chain of command, Chief Buchanan presented a recommendation to hire Jonathan Stewart. Stewart had worked for Humboldt police in the past and is a certified police officer. In the letter, Chief Buchanan noted Stewart worked for four years on the police force and left in good standing, making him eligible to re-hire.

Alderman Pruett asked if Stewart would have to go back through the academy, to which the chief said he would not.

Pruett said, “Put him to work.”

Mayor Sikes said he worked with Stewart in the past and noted he is a fine young man. The board openly said, ‘welcome back’ as they voted re-hiring Stewart to the Humboldt Police Department.

Also with Yarbrough’s resignation, the department was down a sergeant position. Chief Buchanan submitted a letter of recommendation to promote patrolman Markeith Wade to sergeant.

“Mr. Wade, you’ve been nothing but a gentleman since the day we hired you,” Mayor Sikes said addressing the officer. “Anytime you see this gentleman on the street, he’s kind, he’s gentle, he’s considerate to people. You’ve proven yourself.”

The final order of business was re-appointing a member of the utility board. Mayor Sikes made the recommendation to re-appoint Mike Barker to the board.

Barker was unanimously approved to serve on the Humboldt Utility Board.

Before the board adjourned, Alderman Pruett addressed the board as his final statement as a city alderman, “I want to thank the board… for putting up with me (he chuckled). I know there were times we went at things tooth and nail and other times things went 5-0.”

Pruett praised the department heads for doing a great job.

Alderman James Shivers, who was also attending his final meeting, spoke to the mayor and board.

“I want you all to know I’ve enjoyed this,” Shivers said of serving Humboldt and the citizens. “I learned a lot. I asked a lot of question. We’ve seen a lot of changes over the last eight years.”

Shivers said Mayor Sikes has done a good job and thinks he will continue to do a good job.

With this being the final board meeting for aldermen Shivers and Pruett, and possibly McNeal, the new board members as well as those re-elected will be sworn into office on New Year’s Day in a ceremony held at the Humboldt Senior Citizens Center. 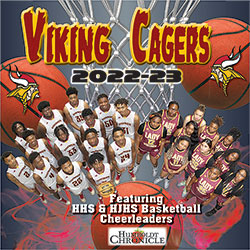