Election night was a big night in the city of Humboldt.  The citizens took to the polls on November 2 and political hopefuls were anxious to see the results. The three candidates, Leon McNeal, Lenford 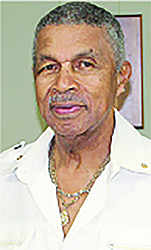 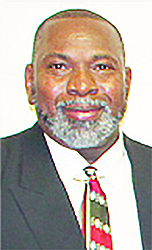 Carr and Mrs. Yahweh faced off for the Ward 2 alderman seat. Carr received the most votes at 76 with McNeal bringing in 74 votes. Mrs. Yahweh had 13 votes though Carr received the majority of the votes, it did not give him the required 50-percent plus one vote of the total votes to claim the victory. Now, there will be a run-off election for that Ward 2 aldermen seat

Gibson County Administrator of Elections Emily Brown has confirmed McNeal and Carr will face off once again in a runoff election on Tuesday, December 21. Both candidates bring experience to the table.

McNeal has worked closely with the mayor for several years making changes in the city but Carr also brings experience and had served as a Gibson County commissioner in District 4 for 12 years. McNeal and Carr both have served as school board members.

Early voting for the runoff election is scheduled from 10 a.m. to 1 p.m. on Monday, December 1- Thursday, December 16. Anyone wanting to early vote may do so at the Gibson County Election Commission Office at the courthouse in Trenton.