Women of Impact honors those dedicated to their communities,
raising awareness of women’s No. 1 health risk, heart disease 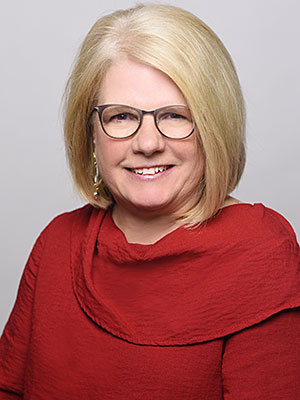 For nearly 100 years, American Heart Association has been fighting heart disease and strokes.

“When I turned 57, I got high blood pressure. My blood pressure had always been perfect,” said Hamilton. “Of course my daughter got married that year, but it did not go away. It just happened to be a coincidence or not because I believe things happen for a reason when you meet someone. I got a call from Christy Futrell and Stan Harris to come and talk to me about the American Heart Association. I have fortunately been involved in many good non-profit organizations that do so much good. This became personal to me because my numbers were changing on the blood pressure. I asked a lot of questions and learned a lot about what the American Heart Association does on research. Heart disease is the number one killer for women. Christy asked me, ‘Do you know your numbers?’ This immediately got my attention because I am a CPA.”

Being recognized by AHA as a Woman of Impact, Hamilton felt compelled to do something and make a difference. This hit home for her, having high blood pressure and its connection to heart disease. Hamilton knew she had to be involved and is proud to be recognized for this honor.

“Women of Impact nominees are changemakers,” said Karen Freeman, chief operating officer of Leaders Credit Union in the press release. “Every year, a select group of individuals are nominated to be a part of this initiative because of their passion and drive to make a difference here in the West Tennessee. Starting on National Wear Red Day until the West TN Go Red for Women event on March 19, we are honored to work with the AHA to celebrate these women and their accomplishments.”

“I was selected one of the 21 Women of Impact to raise money,” Hamilton noted. “I was honored to help.”

Hamilton said anyone can help save a life, even their own life, by educating yourself and using information on Heart.org. Anyone who would like to donate to help, visit www.westtngored.heart.org and click on ‘Women of Impact Nominees’, then click on Anita Hamilton’s name. It’s that simple.

“2020 was a year like no other, but we’re still standing,” said Christy Futrell, regional director of the West Tennessee American Heart Association. “When women come together, there is nothing we can’t achieve.”

To learn more about the Women of Impact initiative and get involved in the West Tennessee Go Red for Women movement contact Christy.Futrell@Heart.org.

The American Heart Association recently noted an alarming decline in awareness that cardiovascular disease is the No. 1 killer of women and too many women, particularly our youngest most diverse women, remain unaware. Research shows heart attacks are on the rise in younger women and new data from a study published in “Circulation” suggests younger generations of women, Gen Z and Millennials, are less likely to be aware of their greatest health threat, including knowing the warning signs of heart attacks and strokes. That’s why it’s important for all women to take charge of their heart health and encourage others to do the same.

“I realized what the American Heart Association did on research, COVID-19 and training on CPR,” said Hamilton. “This was impacting women around the world. Knowing your numbers total cholesterol, blood pressure, blood sugar and body mass can save your life and having these conversations with your doctor.”

“I hope this can make an impact in your life,” Hamilton added. “I have had several people die of heart disease or heart attacks in my own family. We can make a difference.”

For decades, every February communities across America join together to bring awareness to the nation’s number one killer, heart disease. Despite the devastating toll of COVID-19, heart disease remains the No. 1 cause of death in the U.S. and worldwide. Heart disease claims more women’s lives than all forms of cancer combined. One in three women is dying from heart disease today, and the truth is, one is too many.

Hamilton has been involved with other organizations. She has served on the Exchange Club Carl Perkins Center for the Prevention of Child Abuse Board of Directors for over 31 years. She serves as finance director for the center. Hamilton is president of the Jackson Symphony League board and also a member of the University School of Jackson’s school board.
Hamilton is a 1981 graduate of Humboldt High School. She earned her accounting degree from Union University in 1985 and later got her CPA certification. Hamilton works for Horne LLP, a CPA firm in Jackson, Tenn.

She and her husband, Steve, have been married for 35 years. They have two children, Katie Hamilton Jones who lives in Franklin, Tenn. and Jacob Hamilton, who now lives in Memphis.

“I am also very proud of my hometown of Humboldt and the community we have,” said Hamilton. “Let’s make a difference as we always do.”