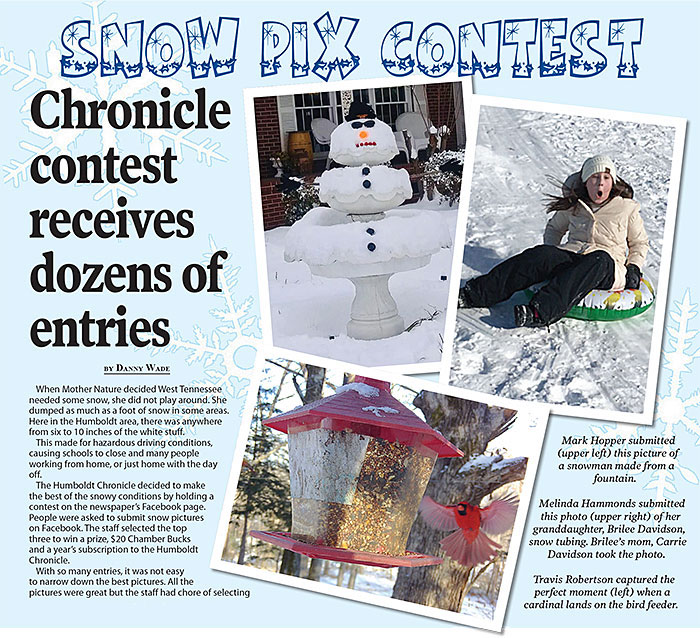 When Mother Nature decided West Tennessee needed some snow, she did not play around. She dumped as much as a foot of snow in some areas. Here in the Humboldt area, there was anywhere from six to 10 inches of the white stuff.

This made for hazardous driving conditions, causing schools to close and many people working from home, or just home with the day off.

The Humboldt Chronicle decided to make the best of the snowy conditions by holding a contest on the newspaper’s Facebook page. People were asked to submit snow pictures on Facebook. The staff selected the top three to win a prize, $20 Chamber Bucks and a year’s subscription to the Humboldt Chronicle.

With so many entries, it was not easy to narrow down the best pictures. All the pictures were great but the staff had chore of selecting the winners. There were several pictures that are worthy of winning, so the staff decided to make an honorable mention list as well and publish as many pictures as space allowed in the newspaper. 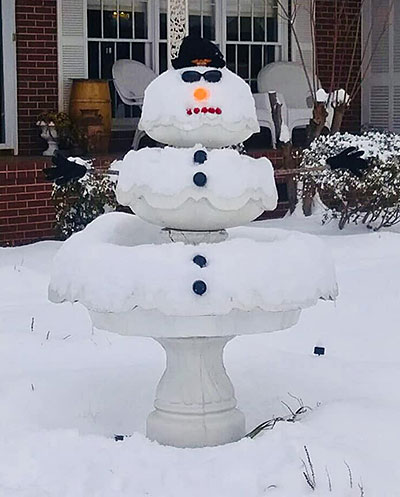 Mark Hopper submitted this picture of a snowman made from a fountain. 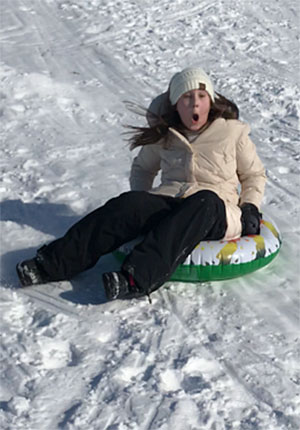 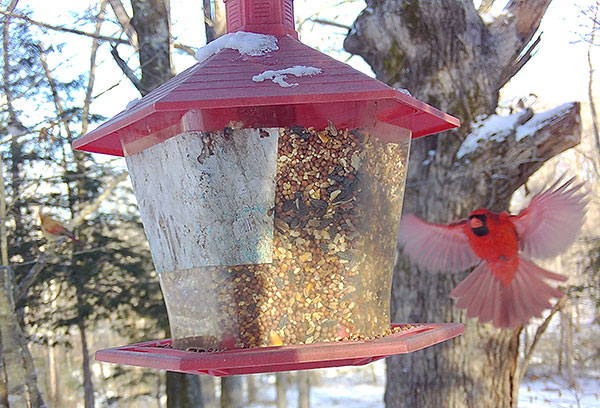 Travis Robertson captured the perfect moment (left) when a cardinal lands on the bird feeder.

The Humboldt Chronicle staff was very pleased with the response to the contest and would like to thank everyone who participated by posting pictures on the newspaper’s Facebook page.

Keep an eye out for other subscription promotions throughout the year, and maybe another contest or two. What better way to keep up with Humboldt news and happenings than reading the Humboldt Chronicle. 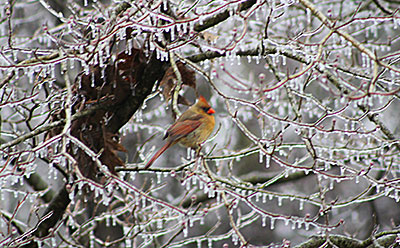 Debra Williams Spegal submitted this picture of a female cardinal perched in an ice-covered tree. 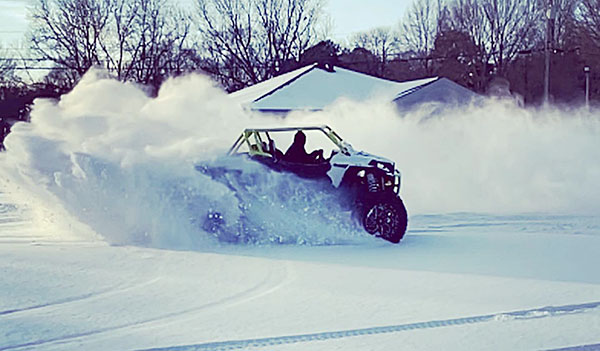 Lacy Barnett sent in this picture of Jerett Scott making a rooster tail of snow with his ATV. 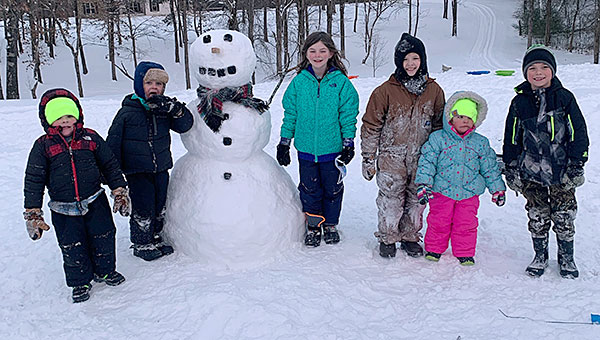 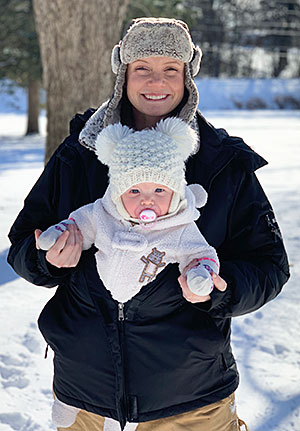 Abby Lohrum snuggles up with her 6-month old daughter Ruby. 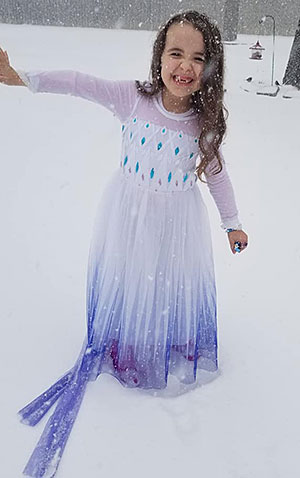 Elsa (Ainsley Simpson) from the movie ‘Frozen’ sings’ Let it Snow’ instead of ‘Let it Go’… like in the movie. Her mom, Whitney Simpson entered the picture in the contest. 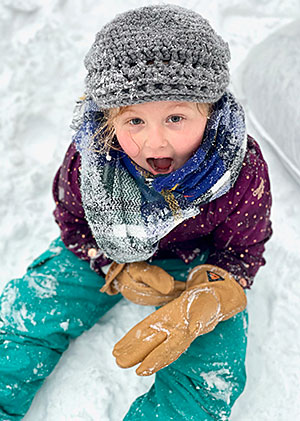 Heather Glenn-Hoekstra entered this picture of her daughter Laurel. 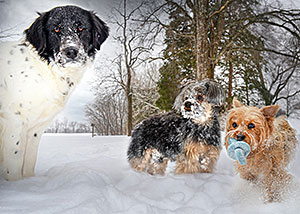 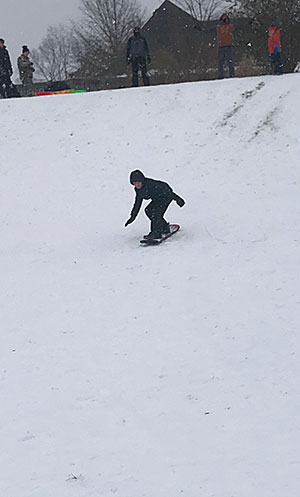 Audrey Seyerle sent in this picture of her 9-year-old son Austin snowboarding down the slope. 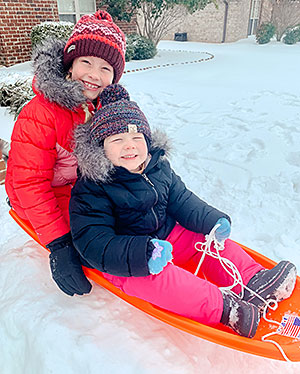 Rachel Sanford took this photo
of her children, Stella and Josey
getting ready to go sledding. 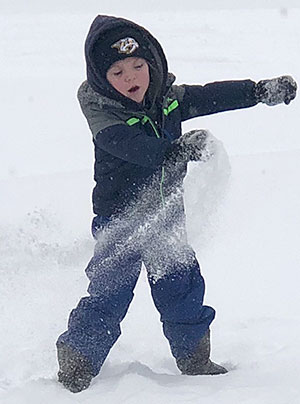 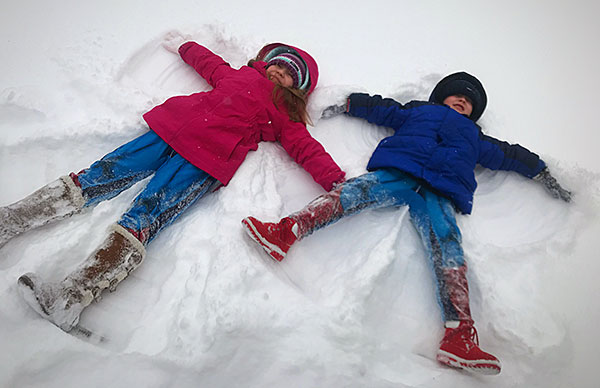 Destiny and Matthew Forbes make snow angels in this picture submitted by their mom Courtnee Pierson. 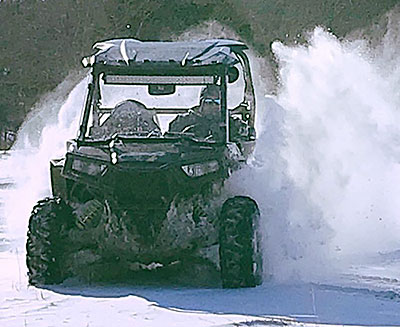 Shane Harris kicks up some snow while playing in his ATV. 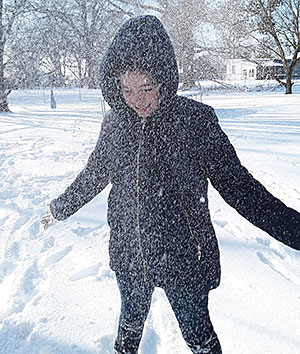 Brittney Keller submitted this photo of her daughter Adalenna Gabarra playing in the snow. 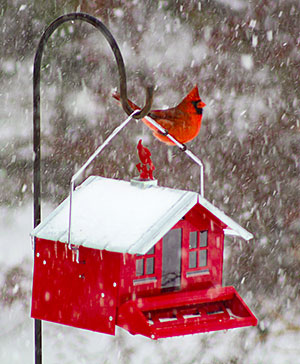 Debra Spegal captured this cardinal on the bird feeder. 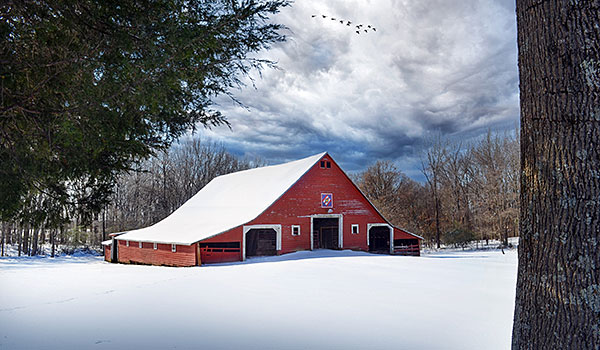 This red barn snow scene with geese flying over was submitted by Harvey Boyd.