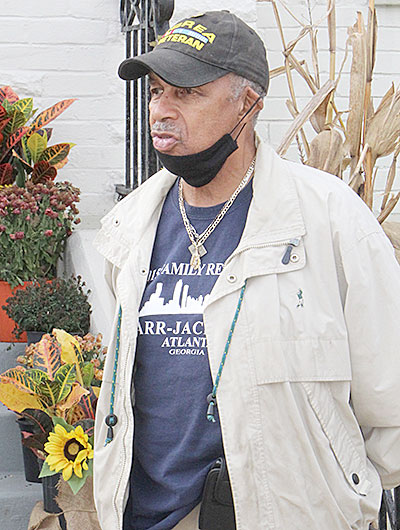 KOREAN VETERAN – Humboldt’s own Lenford Carr, a veteran of the Korean War, was the featured speaker during the Veterans Day program last Wednesday. Carr said people should respect the veterans who fought in wars to preserve our freedom. Carr told the crowd that he has four brothers, all served overseas. Lenford and Bufford served in Korea; Bill and Monty were in Vietnam; and youngest brother Kwe Ku served in Thailand. 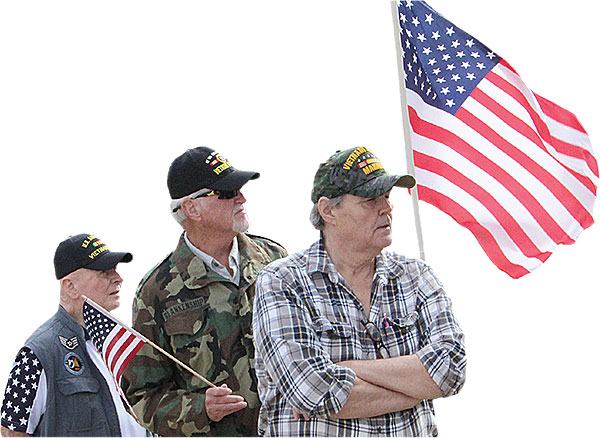 HOMETOWN HEROES – These veterans (from left) Jack Cole, Jim Blankenship and Jerry Lovett participated in the Veterans Day program last Thursday morning in downtown Humboldt. A short parade and march kicked things off with the program culminating on the steps of Magnolia Manor. 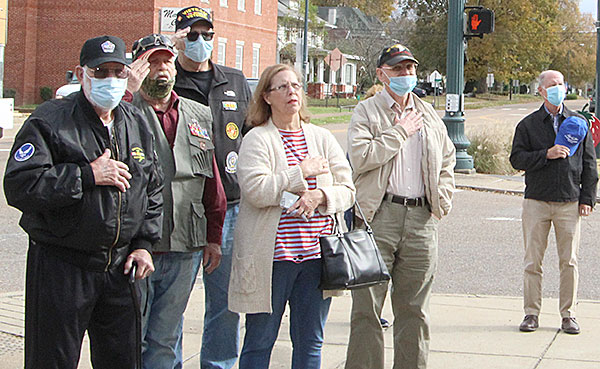 VETERAN RESPECT – These veterans and family pay respect with salutes and hands over their heart during the singing of the National Anthem. This year’s celebration of our veterans had to be toned down due to the pandemic but people still came out to support these brave men and women who served our country. 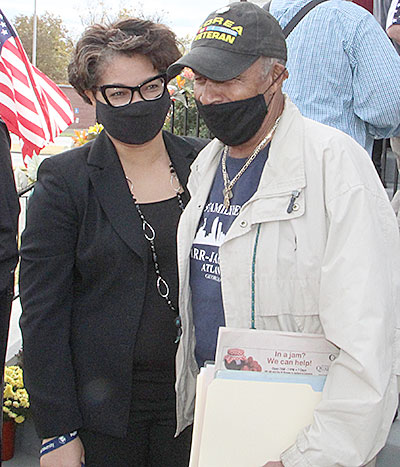 FATHER DAUGHTER – Marquita Patterson had the honor of introducing her father, Lenford Carr, as the featured speaker during the Veterans Day program held in downtown Humboldt last Wednesday. At the end of Patterson’s introduction, she ended by saying she is proud of her dad and proud to be his daughter.