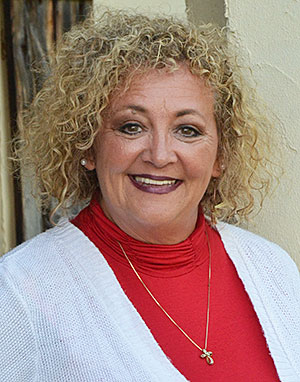 People around Gibson County will be seeing a familiar face very soon. Kim Forbes is returning to her newspaper roots in the county.

“It’s good to be back home,” Forbes said of her first week back. “I’m looking forward to continuing the relationships I have with my clients and look forward to meeting new clients.”

“We’re excited to have Kim back on our sales team,” said Victor Parkins of the Milan Mirror Exchange and co-owner of Gibson County Publishing. “Kim brings years of valuable knowledge and experience to our newspapers, and we look forward to her growing our business both in print and digital.”

Forbes first came to work for the Humboldt Chronicle in 2010. At that time, she was doing clerical type work. Soon Forbes moved to the front desk position, waiting on customers, answering phones, typesetting and other tasks. She learned the subscription software.

“No matter what we asked Kim to do, she was always up for the task,” Chronicle Editor Danny Wade said. “One of the best thing about Kim is her willingness to learn. Sometimes she might be a little hesitant or nervous, but it did not stop her. It is a quality that serves her well as a professional.”

As she continued to grow in the newspaper field, Editor April Jackson and Wade expanded her duties where she began taking pictures and writing articles.

“I was so nervous,” Forbes recalled on her first photography assignment at a local nursing home. “I dropped the camera—and they are not cheap. I knew I was going to get fired. But April said, ‘Keep it up. When you’re nervous, ball-up’ and I eventually got more confidence.”

Over time, Forbes got more and more comfortable in her job and she excelled.

“I learned so much from April and Danny while proofreading,” Forbes said of her writing abilities. “I saw how they wrote. I understood when they critiqued my work, it was to make a better product.”

But her career took a new path. She accepted a position with a local television station in sales, doing what she loves. Forbes worked in television media for two years when a new opportunity came around and she moved from TV to radio.

Along the way, she made more and more business contacts and her client list began to grow.

When a new opportunity arose allowing her to “come home”, she was thrilled to be back with her newspaper family.

“I’m excited to have Kim back with us. Her sales skills and personality fit right in with our team and she’s an asset for all four of our Gibson County newspapers,” said Scarlet Elliott of the Milan Mirror Exchange and part owner of Gibson County Publishing.

“We are so excited to have Kim back on our team,” said Lee Ann Butler, general manager of Gibson County Publishing and the Humboldt Chronicle. “She is an exceptional salesperson with a love for our community that shines through in all that she does.”

“Kim’s passion for her job and her eagerness to help others endear her to her colleagues and all those she meets,” said Crystal Burns, editor of the Trenton Gazette and the Tri-City Reporter. “Our Gazette and Tri-City Reporter staffs are happy to have her leadership in our sales department, and we know customers will benefit from her experience and knowledge.”

As you can see, the newspaper staffs were just as thrilled to have Forbes back on the team as she was to come back home.

Forbes is a Gibson County lady through and through. She was raised in Dyer and still has family there. She attends church in Dyer as well. As a young adult, she moved to Humboldt and started a family. Her three sons attended Humboldt City Schools. Now her grandchildren attend Milan schools. She has relationships, both personal and professional, with practically every part of Gibson County.

Now she is back home where she started—the newspaper industry. Look for Forbes to be contacting businesses throughout Gibson County, her home.