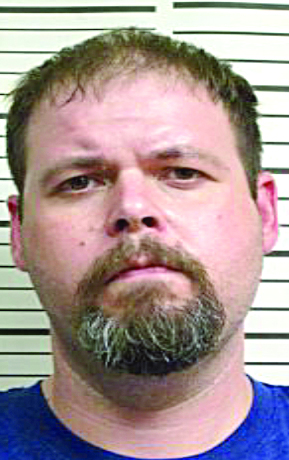 Jackson, TN – Michael Taylor, 37, has been sentenced to 87 months in federal prison for possession with intent to distribute methamphetamine. D. Michael Dunavant, U.S. Attorney announced the sentence today.
According to information presented in court, on May 20, 2019, agents with the 28th Judicial District Drug Task Force executed a search warrant at a Milan, Tennessee, residence and seized approximately five grams of methamphetamine. The occupants of the home agreed to cooperate with law enforcement and consented to call their supplier, the defendant, Michael Taylor, and order .5 ounces (or approximately 15 grams) of methamphetamine. Taylor agreed to bring .5 ounces of methamphetamine to that residence in Milan.
Agents subsequently observed Taylor pull into the driveway at that residence, in a Pontiac 4-door car. He then exited the driver’s side door and walked up to the front door. Agents ordered Taylor to the ground, but he refused to comply with the officers’ directives and was physically restrained. He was ultimately taken into custody and advised of his Miranda rights. A search of Taylor’s person revealed approximately 15 grams of methamphetamine, 69 grams of cutting agent, and $2,244.00 in U.S. currency. The $2,244.00 was in the same pocket as the methamphetamine Taylor was delivering to that residence.
A search of Taylor’s vehicle revealed a tin can in the driver’s side door containing approximately nine grams of methamphetamine in three different baggies, as well as some Xanax pills. The agents also located and seized a black bag containing several baggies commonly used for packaging methamphetamine and other drugs, scales with methamphetamine residue on them, and another 57 grams of methamphetamine. Taylor confirmed to law enforcement how he distributed the methamphetamine and that he owned the methamphetamine seized from his person and from his vehicle.
On August 13, 2019, the Drug Enforcement Agency issued a Chemical Analysis Report confirming the methamphetamine seized from Taylor tested positive for d-Methamphetamine Hydrochloride with a net weight of 79.10 grams and a substance purity of 100%.
On July 10, 2020, U.S. District Court Chief Judge S. Thomas Anderson sentenced Taylor to 87 months in federal prison followed by three years of supervised release. There is no parole in the federal system.
U.S. Attorney D. Michael Dunavant said, “Drug distribution is NOT a victimless crime. Methamphetamine causes significant human pain, loss, and destruction in countless ways, including addiction, injuries, and deaths. Individuals who distribute harmful drugs into our rural communities can no longer hide, and those who choose to engage in such lawlessness will pay the price with a long prison sentence.”
This case was investigated by the 28th Judicial District Drug Task Force and the Drug Enforcement Administration (DEA).
Assistant U.S. Attorney Josh Morrow prosecuted this case on behalf of the government.