All festival officials, royalty to carry over into 2021 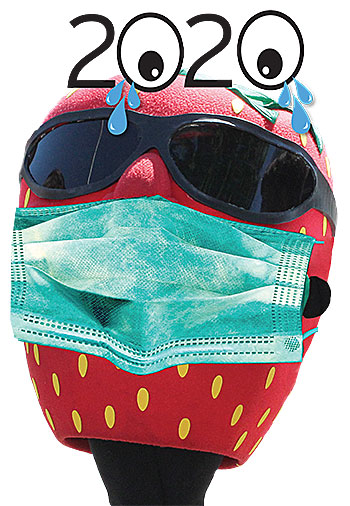 “After extensive consideration and in following the guidance from our local, state and national authorities, it is with great disappointment that the 2020 West Tennessee Strawberry Festival will not take place,” Chamber events coordinator Beth Culpepper wrote in press release sent out Friday morning. “We greatly appreciate your consideration and patience as we navigate these uncharted waters. The next few weeks will be spent sorting through the finer details of what cancellation means and how to proceed. This decision was not arrived at lightly. This decision involved many people involved with the Festival who tried to reach the best decision for both the future of the West Tennessee Strawberry Festival and for the citizens and our guests. In the end, this was the only decision possible.”

So what does that mean going forward? Festival President Betty Langley said the 83rd Strawberry Festival will happen, just not this year.

“We’ll have the 83rd festival next year,” Langley explained. “Everything will carry over to 2021.”

Langley said when the coronavirus pandemic hit in February, the committee began discussion and planning. Social distancing and school closures happened at first in late March through April 5, the team continued as if the festival would go on as planned.

But that all came to a screeching halt when the shutdown was extended to April 30. That is only three days from the Strawberry Festival.

“The feds and CDC were talking of how this could continue to the middle of summer and may peak mid-June for Tennessee, we began talking about postponing (the Strawberry Festival),” Langley said. “We looked at the pros and cons (of postponing or canceling the festival) and the negatives out-weighed the positives.”

Some of the factors in the decision to cancel were the vendors and the carnival, all of which are booked through the rest of the year. The Strawberry Festival pageant contestants must have won a preliminary pageant to qualify and many of those pageants had been canceled.

Then there was discussion of postponing the festival but perhaps not have every event. Sponsors are given a list of things they receive for their donation sponsorships, which could not be fulfilled. 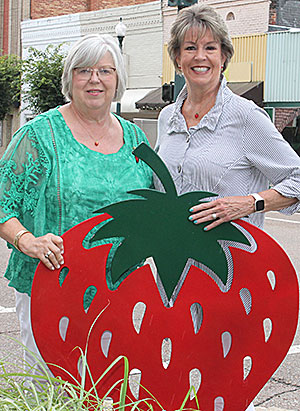 TOUGH DECISION – Strawberry Festival President Betty Langley (right) and General Chairman Sherry Jo Smith were all smiles last year during Smith’s announcement. Those smiles turned to frowns after making the decision to cancel this year’s festival due to the COVID-19 pandemic and state of emergency orders..

“I became obvious to not go forward,” Langley sadly said. “Some events require tickets. Some make money, some cost money. That is where sponsorships come in (for funding).”

Postponing past July was not an option since schools and athletics would begin in August. Plus, planning for the next year’s festival begins in June, right after the current festival ends.

Not long ago, Langley created a Past Presidents Committee made up of Strawberry Festival presidents from different decades. Members include T.O Lashlee, Judy Graning, Mike Barker, Laurie Gamble and Michael Longmire. Last week during a conference call, all members of the committee concurred that canceling the festival was the best decision.

“We weighed every option, every scenario and it was hard,” Langley said of the decision to cancel the Strawberry Festival. “For the future of the festival, if we did a piece of the festival? We decided we can’t do a partial festival. I hope everyone understands and still be supportive.”

Langley said everything will carry over. She will be president in 2021. Sherry Jo Smith will still be general chairman. All the royalty will remain the same. The honoree and dedications will defer until next year. The magazines that were just put out for sale will be collected and used next year. Even though the dates will be wrong and some of the events may change, for the most part it will still be accurate.

“I feel awful,” Langley said of the decision. “I cried. When they (government and CDC) announced extending it (closures) to April 30, it hit me that it (festival) may not happen at all. I got emotional. I always want to do the right thing. You’ve got to do the smart thing.

“We ask that you continue to pray for our nation, our state and local communities,” Culpepper stated. “Stay safe and stay home and we will see you May 2-8, 2021.”