Humboldt police officers who were up for promotions walked away empty handed and disappointed. Humboldt Police Chief Reynard Buchanan recommended to the Humboldt City Board that four of Humboldt’s finest be promoted. 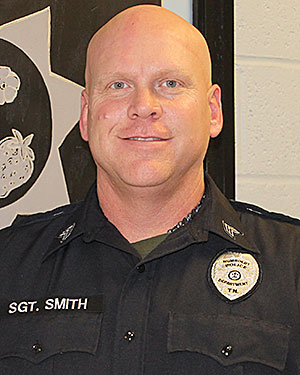 Humboldt Mayor Marvin Sikes presented the chief’s recommendation during the December 9 board meeting. Neither Mayor Sikes nor Chief Buchanan received the vote of support the expected and requested from the board.

The position of patrol captain of the Humboldt Police Department has been vacant for many years. Chief Buchanan, on two occasions now, has requested the board re-institute the position, but to no avail. Buchanan recommended Lt. Heath Smith be promoted to captain. Contingent upon the promotion, the chief recommended Sgt. Joshua Bomer be promoted to lieutenant, filling the vacancy of Smith’s promotion. Patrolman Justin Yarbrough was recommended to fill the vacancy potentially created by Bomer’s promotion. Patrolman Laura 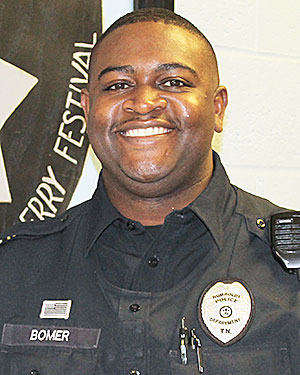 Cano was also up for promotion to sergeant after Sgt. Derek Way resigned, leaving a vacant sergeant position.

Chief Buchanan read his recommendation to the board, “In our continued effort to strengthen our police department, we would like to re-institute the position of patrol captain in our rank structure. We budgeted for this position for the last two years after deeming it necessary to better organize the patrol division and to assist administration with patrol related issues. We have evaluated the performances of our officers over the years in the areas of work initiative, motivation and leadership by example, which we believe are key characteristics of an effective leader. We have selected the candidate whom we feel would best fill the position and take on the responsibilities of patrol captain.” 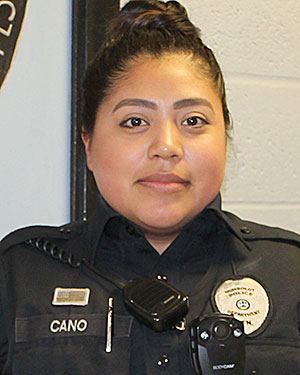 All of this was for naught when no one on the board would make a motion for the police promotions. Mayor Sikes, on more than one occasion, reiterated the need of a motion.

Finally, Alderlady Donna Johnson made the motion, but no one on the board seconded the motion, which died.

“It’s obvious this board does not want a chain of command,” Mayor Sikes said in disgust.

Chief Buchanan asked to address the board, which was granted.

“You put me in this position a year and a half ago,” Buchanan said. “No one knows what this department needs from top to bottom. We do anything to make this department run smoother. This position of captain is a high priority with all the things coming, mainly Tyson, approximately 800 new people in town, driving our roads.”

“We did this before,” Alderman James Shivers stated of a previous vote last year that was turned down to promote someone to captain. “What’s different now?”

Chief Buchanan said he still believes in the need.

“One year from now, Tyson will be in operation,” Mayor Sikes told the board in support of his police chief and the need to beef up patrol.

“The first 800 employees will be in our city. The next year, another 800. With other places hiring, that number might double. There will be over 200 trucks per day going in that facility, plus the workers.”

The mayor said with the extra people in town, the Humboldt Police Department command staff needs to be ready and not have a weak command staff.

Alderman Don Graves said he agreed with everything the mayor said. His solution was not to promote someone to captain, but instead find a way to retain the officers they have on staff.

Alderman Leon McNeal was dead set on not having the captain position at all as part of the police chain of command. He suggested abolishing the captain’s position all together and asked city attorney Randy Camp to look into it.

Alderman Bob Pruett turned and looked at the four police officers sitting in the crowd and said the discussion of the captain’s position had nothing to do with them as police officers. He noted the good work they are doing, yet he did not support the chief’s recommendation and promoting the officers attending the board meeting.

Alderlady Johnson echoed Pruett’s statements and added the board was not here to humiliate the officers. Johnson asked the four officers if they felt humiliated.

With the discussion going south to promote the officers, the mayor asked the board to table the promotions. Graves motioned to table and Shivers seconded. The motion to table failed with only two voting to table and three voting against.

The board did promote patrolman Yarbrough to sergeant to fill the vacant slot created by Sgt. Way’s resignation. Smith, Bomer and Cano did not get promoted and will retain their current ranks.

Directly after the meeting, one alderman was asked why the board was not in favor of having a captain position on the police force. The board member would not go on record but instead suggested asking members of the police force if they thought there was a need for a captain.

In other business, the board acted on the resignation of fire fighter Tony Bailey. Bailey asked to address the board regarding his resignation.
Bailey thanked the board for the opportunity to speak. He began by saying this is not about sour grapes, but about what is right.

Bailey said he has 21 years with the Humboldt Fire Department and has always acted in a professional manner. He noted some people call in sick all the time, some use sick time for vacation, but from day one, he has kept up with his vacation and holiday time.

“I had another meeting with Chief Kail and (Fire) Chief (Chester) Owens,” Bailey told the board. “They did not help me at all. They believed me but said it could not be changed. They didn’t even try.”

“Chiefs need to have our backs,” Bailey continued. “But that’s not the case in Humboldt. I no longer want to be a part of this if that is the case. I wish they had better leadership at the top than the two jackasses that fill that position.”

Bailey had surely made his point by the gasps and murmurs heard in the boardroom.

The board was shocked by the allegations.

“I’m asking this board to look into this,” McNeal said. “If it is right, Chief Kail and Chief Owens need to be held accountable.”

As discussion continued for a few minutes, Chief Owens stood up and asked permission to address the board as well. But before he could get the words out of his mouth, Pruett called for “question”, which means all discussion is over and a vote must be held immediately.

Mayor Sikes recognized question had been called for and ended discussion. The board then unanimously approved Bailey’s resignation.

As the meeting was adjourned, several Humboldt firefighters attending the board meeting offered Bailey words of encouragement. They gave Bailey heartfelt hugs and pats on the back.

After the meeting, Chief Owens stated he had asked Bailey three times to rescind his resignation in an attempt to work out the issues.