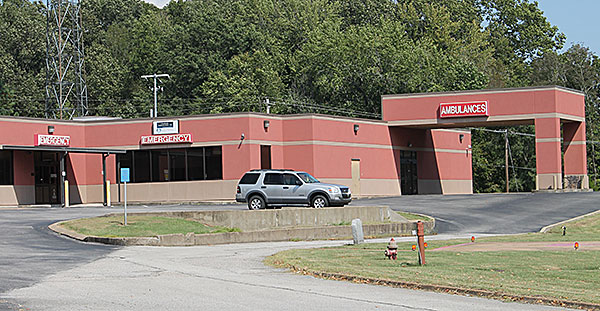 Plans being made by West Tennessee Healthcare will have a detrimental affect on Humboldt. The medical giant announced last week that the emergency department in Humboldt will be closing.

WTH’s board of trustees approved a $5.5 million-plus renovation and expansion of Milan General Hospital’s emergency department. As a result of the expansion, Humboldt’s emergency room will close October 25.

Humboldt Mayor Marvin Sikes described it as a “sad day in Humboldt” after learning Humboldt’s emergency department was closing.

Amy Garner, system vice president and chief compliance and communications officer, said last week that all employees of the Humboldt ER would be offered positions within the West Tennessee Healthcare network. She estimated there to be 50 medical staff affected by the consolidation. None of the ER physician positions will be affected since West Tennessee Healthcare contracts with a group of doctors to staff their emergency departments in Humboldt and Jackson.

Humboldt Medical Center will continue to be home of Sports Plus rehab center, which offers outpatient physical therapy and aquatic therapy, and to A Mother’s Love, a program for pregnant women battling opioid addiction, as well as the conference center.

In the press release, West Tennessee Healthcare President and CEO James Ross said, “This decision was made after many months of review of the utilization of services at Humboldt Medical Center, and we believe it is the best decision for financial sustainability for the future and to improve healthcare services offered in Gibson County.”

“Gibson County is incredibly important to West Tennessee Healthcare; over 1,000 of our employees call it home, and we serve thousands of patients from this county,” states James Ross, in the press release. “Our goal is for no employee to become unemployed. We want to retain all employees who wish to stay with WTH and will support them as they seek other jobs in the health care system. We are restructuring and expanding our emergency services in Gibson County in order to better utilize our existing facilities, Humboldt Medical Center and Milan General Hospital, in the most efficient and effective way. We look forward to improving the access to needed services that improve the health of the residents while we continue to provide care all across the region.”

Garner said the number of patients being seen on a daily basis in the Humboldt emergency department had steadily decreased, down to an average of 23 per day. On the other hand, patients of Sports Plus in Humboldt have remained fairly consistent, from 24 to 30 per day, operating with five full-time and one part-time employees.

According to the press release, renovation and expansion of the emergency department at Milan General Hospital will expand the department from six beds to 10 beds, improve patient flow, renovate trauma space and add additional square footage to the existing facility. Completion of the project is expected in the first quarter of 2021. Milan General Hospital also offers inpatient and outpatient services, such as surgical services, lab and radiology services, and an Intensive Care Unit. Expanding the emergency department in Milan is necessary for providing access to much needed quality healthcare for the citizens of Gibson County and the surrounding area.