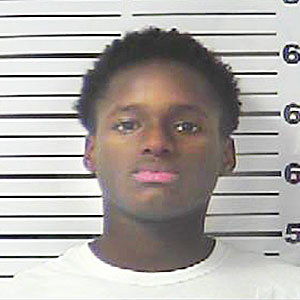 A 16-year-old juvenile facing murder charges will now be tried as an adult.

On September 16, 2019, after a hearing in Gibson County Juvenile Court, Demonze Dantrell Dowell of Humboldt was transferred to be tried as an adult on charges of second degree murder, possession of a weapon (gun) in the commission of a dangerous felony and tampering with evidence.

According to Humboldt police, the charges are the results of an incident that took place in Maple Circle on August 20, 2019 in which 16-year-old Makylon Williams died from gun shot wounds.

According to court documents, Williams was shot at close range on different sides of his body, and the face and mouth.

According to court documents, Dowell admitted to police that he shot Williams and threw the gun after he ran from the scene. The report states there was a video posted on Snapchat that shows Dowell with a gun, pointing it in an aggressive manner. The investigation revealed a possible argument between Dowell and Williams over his sister.

At the time of the shooting, another juvenile was charged with filing a false report but will not be tried as an adult. Dowell will face charges in Gibson County Circuit Court in Humboldt.

The investigation is still on going and anyone with information is asked to call the Humboldt Police Department at 731-784-1322.