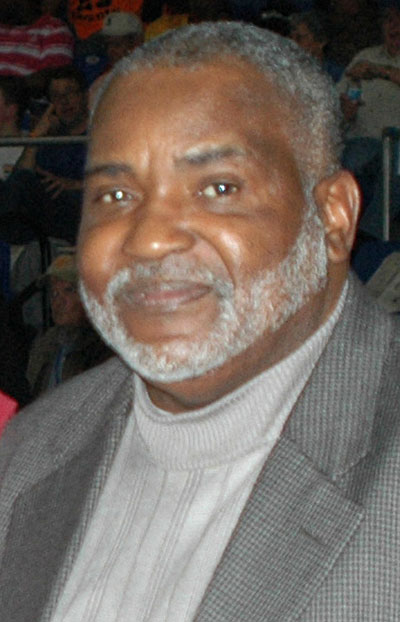 The late Humboldt Viking basketball coach, Thomas Boykin, will soon be memorialized for years and years to come. On Friday, October 5 the Humboldt Jr./Sr. High School gymnasium will be named in his honor.

The Thomas Ray Boykin Gym has been the discussion around town for weeks after his passing earlier this year in June. The city and school system were both behind renaming the gym to honor Humboldt’s legendary coach.

In early summer, the Humboldt School Board made if official and approved naming the gym in Boykin’s honor.

There will be a ceremony that day that will include unveiling the new sign at the school’s gymnasium entrance. The lettering spans over 10 ft. in length with 18-inch letters. October 5 is also homecoming night for the Humboldt Vikings.

“Mr. Thomas Ray Boykin was a phenomenal educator in Humboldt City Schools for over 40 years,” Dr. Versie Hamlett earlier this year when the school system decided to honor Coach B by renaming the gym. “His commitment and dedication to our system will be forever remembered.”

Coach Boykin was a Stigall High School graduate, class of 1969. He was a three-sport athlete playing football and basketball, and running track. Boykin was offered a football scholarship to Lane College but unfortunately tore up his knee his senior year at Stigall.

He is an iconic coach in the eyes of so many Humboldtans, spending 40 years with Humboldt City Schools, 17 years as the boys head basketball coach.

Boykin’s Vikings made the trip to the state tournament six times. The 2013 Vikings defeated Lake County 61-58 for the Class 1A State Championship title and took home the Gold Ball trophy. Boykin received the Coaches Award that year after the State Tournament in Murfreesboro.

Boykin retired from coaching in 2014.

As popular as Coach Boykin was, there will be lots and lots of family, friends and Coach B supporters attending this much deserved memorial. Expect a big crowd that evening so plan to be there early as Humboldt honors and memorializes the late great Thomas Ray Boykin.