Now that September has rolled around, the resignation of a school board member became effective as of August 31. Lori Coleman submitted her letter of resignation from the school board in August. She has moved out of state and can no longer represent her Ward. 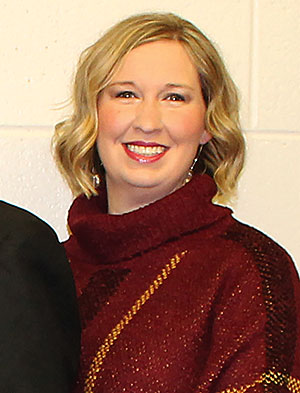 With the vacant seat, it is up to the Mayor and Board of Alderman to appoint someone on an interim basis as school board member from Ward 3.

Coleman handily defeated Phillip Hardee 298 to 88 last November. Over three-fourths of the voters in Ward 3 preferred Coleman over Hardee. She was sworn in this past January.

A similar situation happened a couple of years ago when Ward 3 school board member, Lee Williams, resigned after accepting a job in Texas. At that time Ward 3 Alderman Bob Pruett interview candidates interested in filling the seat until a new school board member could be elected. Pruett recommended Wayne McLemore to represent his Ward.

According to Humboldt’s charter, there is no defined means to fill the vacated school board position. In the previous case with Williams’ resignation, city attorney, Terri Crider, used state statutes for appointing city board members and statutes for special district school board seats. The position was filled on an interim basis until the next general election.

In the case of Coleman’s vacated seat, that general election coming up in November will not give potential candidates enough time to qualify to run. The next general election will take place next November when school board seats for Ward 2 and Ward 4 will be on the ballot. At that time, the remaining two years of

Coleman’s term will be up to the voters to decide.

There has already been talk around town of a few Ward 3 residents interested in the school board position.

Anyone in Ward 3 interested in filling the vacant school board seat should submit letters to the mayor’s office and to Alderman Graves.